Jason McEndoo - Oklahoma State You Want To Run The Outside Zone? 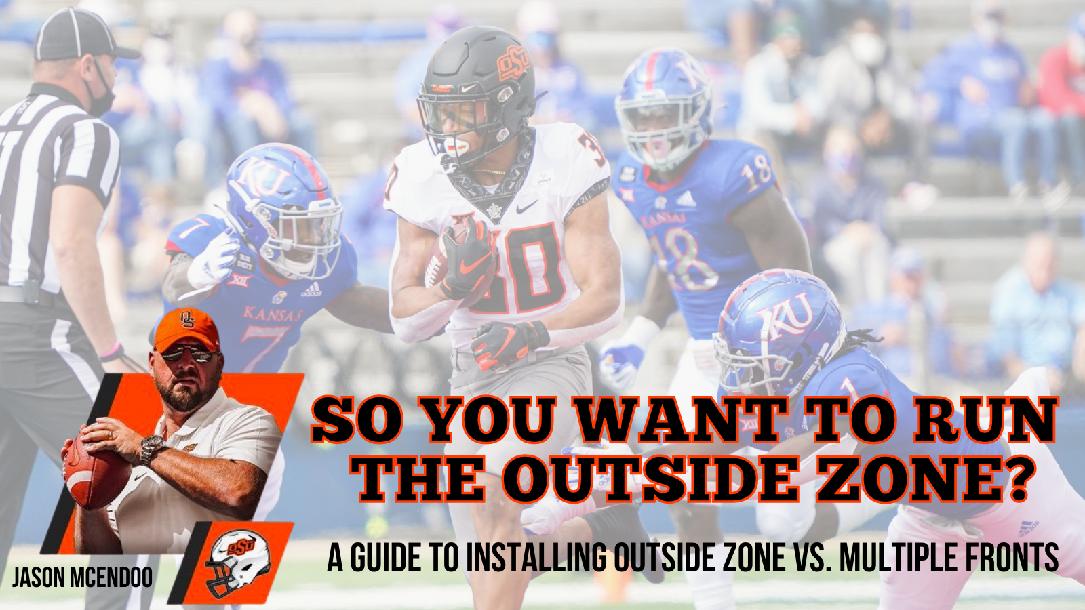 Oklahoma State Cowboy Backs Coach gives you the philosophy, coaching points, and details necessary to run the outside zone play.  He covers the success they have had with it at OSU and illustrates the plays in multiple sets vs. multiple fronts with game video.

The 2019 Cowboy Backs helped pave the way for Chuba Hubbard to lead the FBS with 2,094 rushing yards and earn All-America and Big 12 Offensive Player of the Year status. The Cowboys of 2019 averaged 229.6 rushing yards per game - OSU’s best mark since 2008. OSU ranked in the top 25 nationally in rushing offense, total offense and red zone offense.

You just booked "Jason McEndoo - Oklahoma State You Want To Run The Outside Zone?"