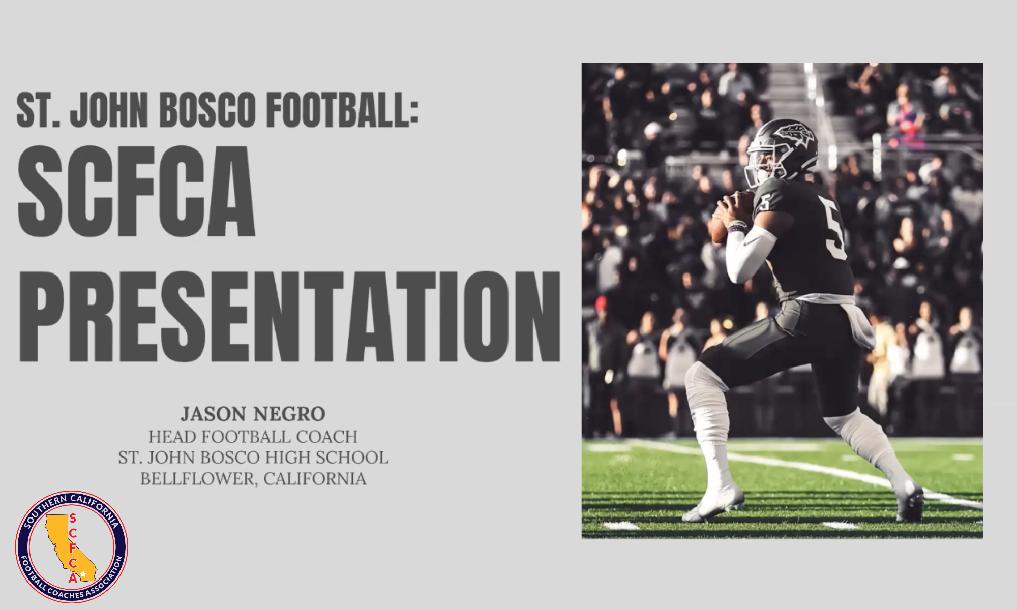 Having a culture in your high school program is a pivotal key on the to-do list for coaches. In this course, Coach Jason Negro gives you his program's base values, as well as their plan for practices and in-game situations. If you are a coach who needs inspiration or more education on culture, then this course is a must!

Jason Negro is the Head Coach at Saint John Bosco High School. He returned there in 2010 and has turned the team into a powerhouse. He has received numerous awards and accolades like the 2013 National High School Coach of the Year by Max Preps as well as the American Football Monthly Magazine Coach of the Year, presented by Rawlings Football. He led his team to 4 consecutive undefeated Trinity League Titles.

Prior to coaching at Saint John Bosco, Coach Jason Negro was the Head Coach at Trabuco Hills for 7 years. For 2 years prior to that, he was the Defensive Backs and Linebackers coach. he led the Mustangs to 5 consecutive playoff appearances and 2 Sea View League Championships. He was even selected to be the Head Coach for the South All-Stars for the Orange County North/South All-Star game.

Prior to coaching at Trabuco Hills, he began his coaching career at his alma mater Saint John Bosco. He coached there for 3 years focusing on defensive backs and linebackers. He was then promoted to Defensive Coordinator.