Jeff Steinberg - Pairing the Quick Game with the Boot Pass 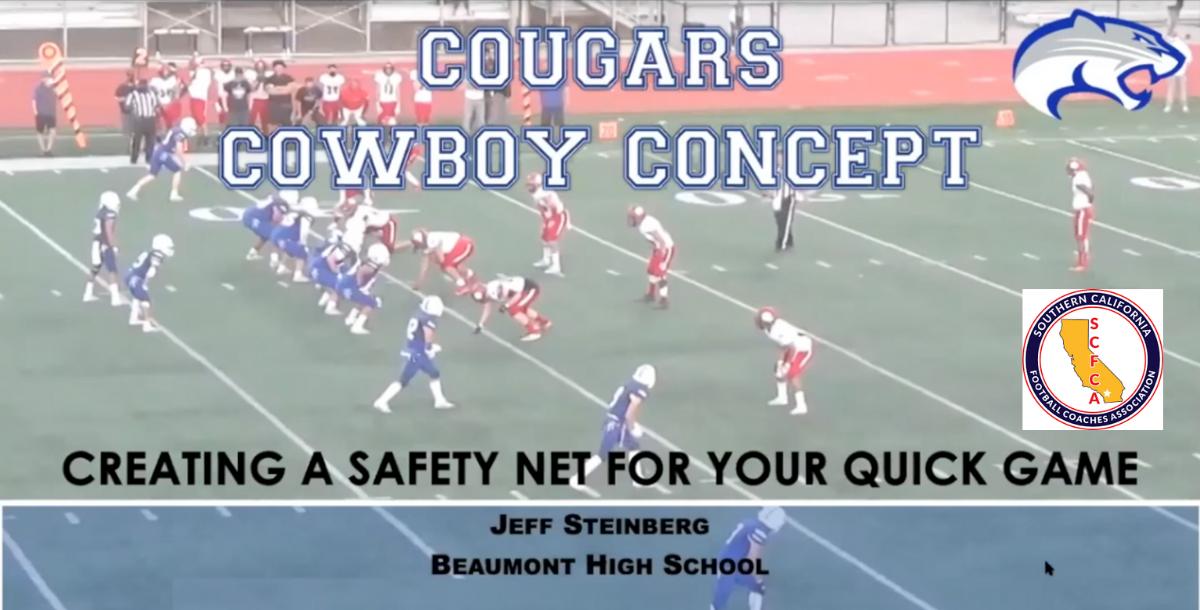 Do you want to learn how to pair the quick game with the boot pass? Well, you've come to the right place! In this course, Coach Jeff Steinberg reveals the keys you need to know in order to successfully implement the boot pass into your quick game. He shows off whiteboard examples with multiple formations, game cutups with multiple formations, coaching points, and he even has a Q&A section to answer live questions during his presentation. If you are a coach who wants to implement this successful offensive scheme in your team, then this course is a must!

He first details out the ways to utilize the quick game. His primary methods are through Pure Quick Game with Mirrored Formations, Pairing with Run Game with Pre/Post-Snap RPOs, Pairing with Midlevel Pass Concepts with QB footwork and positioning, and Dash Pass paired with Single Quick Game. Then he breaks down the stats of before and after he used this quick game with the boot pass offense. His offense's play efficiency moved up to 82% meaning +4 yards or a first down. He then moves onto Ball Distribution and speaks on usually you'd have 1 or 2 players to throw to after throwing off a defender. But with this offense, you have 5 people to quickly throw the ball to.

Next, he shows off his whiteboard examples. He starts out with talking about the protection and QB footwork. He explains the simplicity for these schemes comes from the protection and QB footwork. He then breaks down multiple formations that can be used that you need to see. He details out 2x2, compressed 2x2, 3x1, empty, and quads. In these whiteboard examples, he details out plays and routes for each formation and goes over the rules and responsibilities for the receivers.

After he reveals his whiteboard, he shows off how the offense truly works with game film cutups. He mentions that the first thing the QB does is look at the quick game. That's his priority. If it is open, throw it if not he can boot or pass to the other side of the field. He shows off game film for every formation he you can run with this offense and even reveals different types of plays you can run with it. If you want to learn more about these plays and give your team an advantage on the offense, then this course is a must.

At each of his schools, Coach Steinberg implemented a hurry-up no-huddle spread offense that saw tremendous results. Known for his organization & program building experience Jeff has been successful at 5 high schools in Southern California leading them to 18playoff appearances. Additionally, Coach Steinberg’s teams have earned 8 league titles, 3 quarter-final appearances, 4 semi-final appearances, and 3 California Interscholastic Federation Championship appearances winning 2 titles. Coach Steinberg has amassed 172 wins as a Head Football Coach. Throughout his career, Jeff has developed record-setting Quarterbacks in his programs who have gone on to all levels in NCAA in addition to NAIA schools.

Prior to coaching in California Jeff served as an assistant coach at the High School, Junior, and U Sports level in Canada.