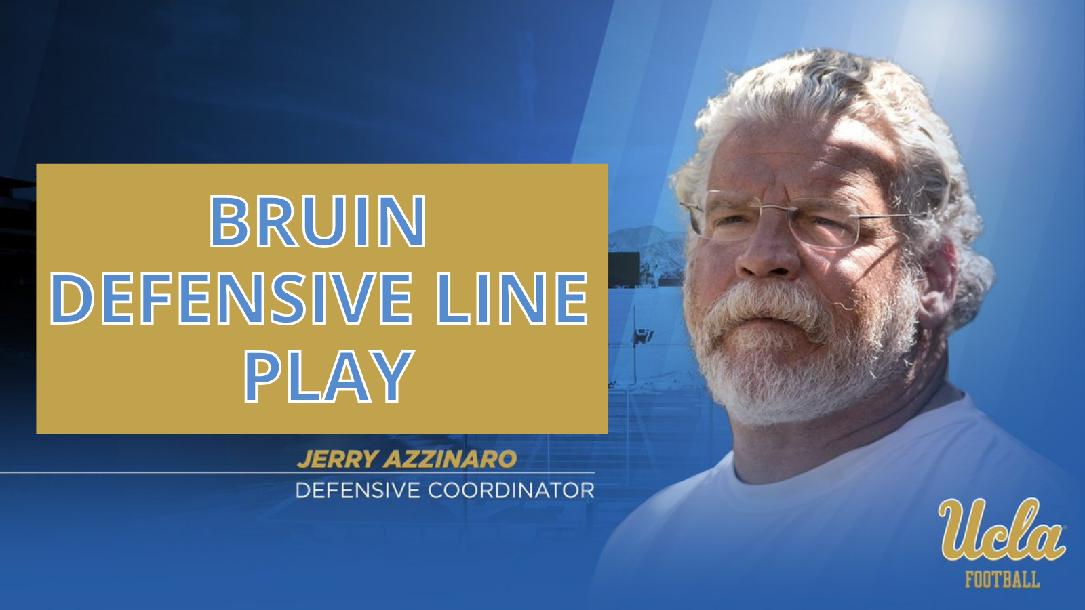 Coach Jerry Azzinaro teaches the details on what it takes to excel as a defensive line coach and the drills he uses to improve his d-line.

Jerry Azzinaro joined the UCLA Bruins coaching staff in December, 2017 as the defensive coordinator. He has coached for 38 seasons at the collegiate and professional levels. Previously he has coached the defensive line at California in 2017 and in the NFL with Philadelphia (2013-15) and San Francisco (2016).

He served on staffs under Chip Kelly at the University of Oregon from 2009-12 and again with the Eagles and 49ers.

In the 2020 season under Azzinaro, the Bruins led the Pac-12 in lowest rushing yards per carry allowed (3.6 yards), sacks/game (3.3) and in interceptions (9). Azzinaro has a track record of helping the defense improve at every stop he's made