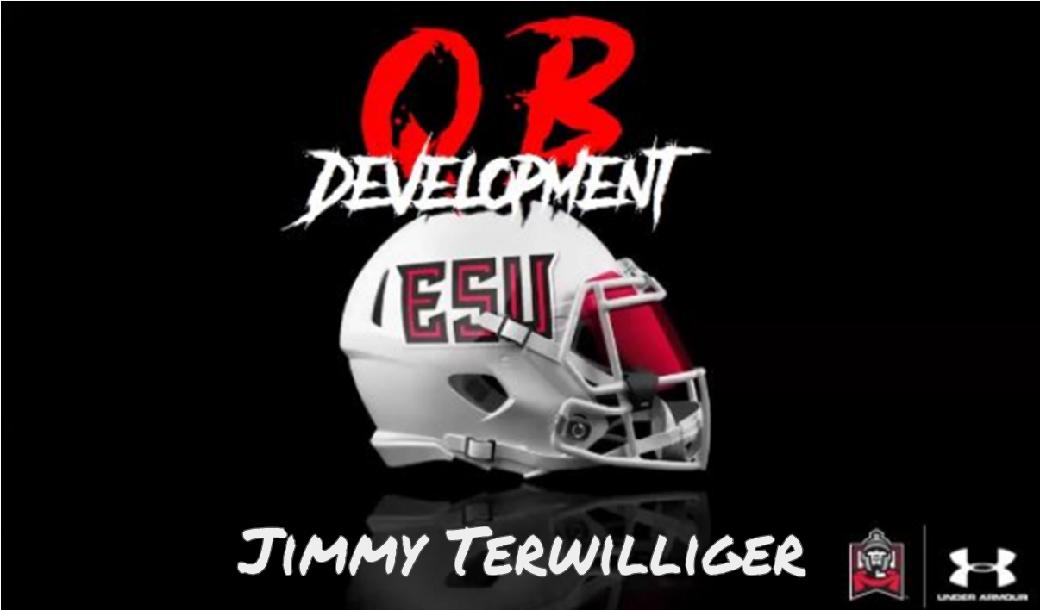 Jimmy Terwilliger, ESU’s record-setting quarterback and the 2005 Harlon Hill Award winner as the most outstanding player in Division II football, was promoted to head coach in February of 2019. Prior to taking the reins, Terwilliger served as associate head coach during the 2018 season and led the program in an interim capacity for the final two games after legendary head coach Denny Douds stepped aside following 45 years at the helm. He was ESU's defensive backs coach his first three years, from 2015-17, which included mentoring cornerback Teron Dobbs to All-PSAC East honors his first season. He was the first quarterback in DII history with 3,000 yards of total offense in each of his four seasons. Terwilliger led the Warriors to two NCAA DII Playoff appearances (2004 and 2005) and won the Northeast Region title in 2005, advancing to the national semifinals. ESU won the PSAC East regular season title in 2003. He was a three-time All-America selection, and was twice named to the AP Little All-America second team (2005 and 2006).