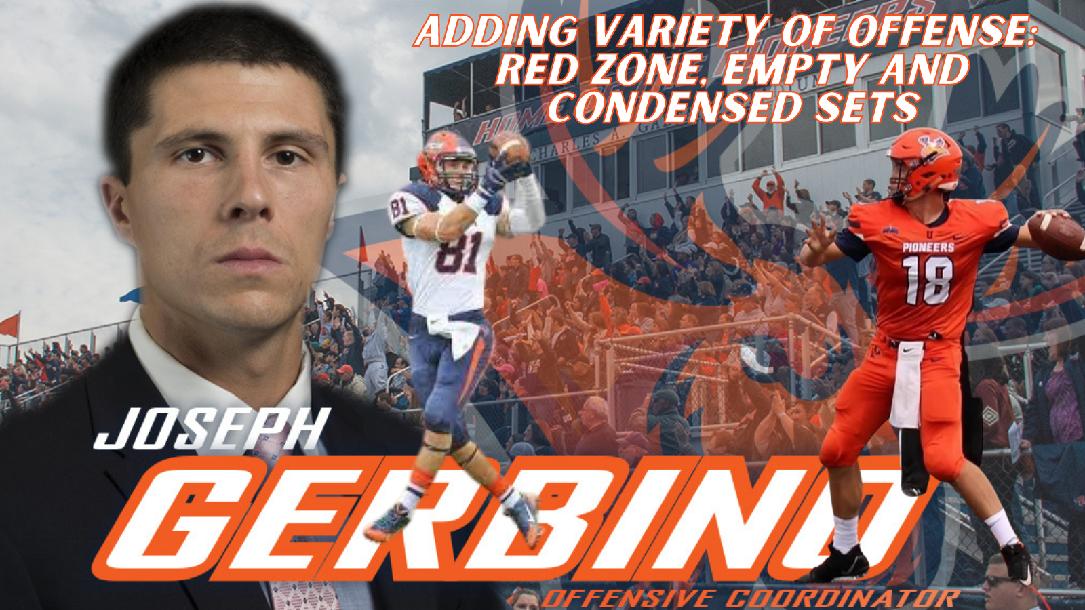 Utica Assistant Head Coach and Offensive Coordinator, Joe Gerbino, goes in depth about having variety in your offense to attack opponents. He gives information on how and why each concept should be utilized.

Utica College Head Football Coach Blaise Faggiano announced the promotion of Joe Gerbino to full-time assistant coach in the Summer of 2017. Gerbino was named the Pioneers' offensive coordinator and replaced Jim Kramer, who spent four seasons on the sidelines for Utica. Gerbino was originally hired as an athletic assistant for the Utica College football program in the Spring of 2015 and was responsible for the wide receivers, the same position he played as a Pioneer. In the last six years as a player and a coach he has helped guide the football program to new heights, totaling 32 victories, and a .500 or better record in four of the last six seasons. Gerbino has been a part of both ECAC bowl teams in Utica College's history, serving as a captain in 2014 and a coach in 2016.