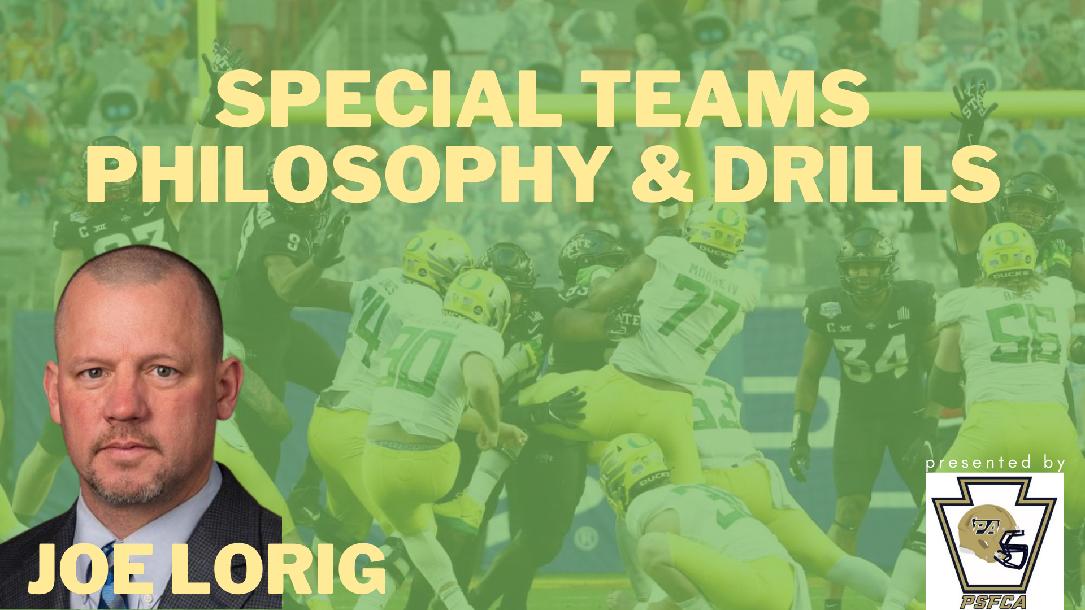 In this course, Coach Joe Lorig discusses his philosophy for special teams and the drills he incorporates into his team. He breaks down the keys to success and how to hold staff and players to expectations. He explains examples of the specialty circuit.

Simply click the ‘Book This Course’ button at the top right of this page, place your order, and you’ll immediately be logged into the training with full access. Take a look into Coach Joe Lorig's philosophy and drills today!

Joe Lorig returned to the Pacific Northwest to join Dan Lanning’s inaugural staff at Oregon as the special team's coordinator and nickels coach on January 3, 2022. The Edmonds, Wash., native came back to the West Coast after spending the previous three seasons as the special team's coordinator while working with various defensive positions. Lorig has a long coaching history that includes stops at Memphis, Utah State, Arizona State, and multiple FCS and Division II schools

Joe Lorig was at Penn State as the special team's coordinator. He added nickels to his title in 2021 and outside linebackers in 2020 after spending the 2019 campaign as a defensive assistant in addition to his role as special teams coordinator. Lorig has 24 years of collegiate coaching experience, including eight seasons as a special teams coordinator and eight years as a defensive coordinator. With a 100-yard kick return for a touchdown by Lamont Wade vs. Illinois and an 81-yard punt return for a score by Jahan Dotson vs. Michigan State, PSU was one of four Power Five schools in 2020 to have a kick and a punt return for a TD. Dotson finished the year averaging 24.6 yards per punt return, a school record, and earned honorable mention All-Big Ten honors as a return specialist. In addition, Dotson was just one of three players nationally to have two punt returns of 50-plus yards.

Good organizational ideas, would love to have seen a little more drill film. 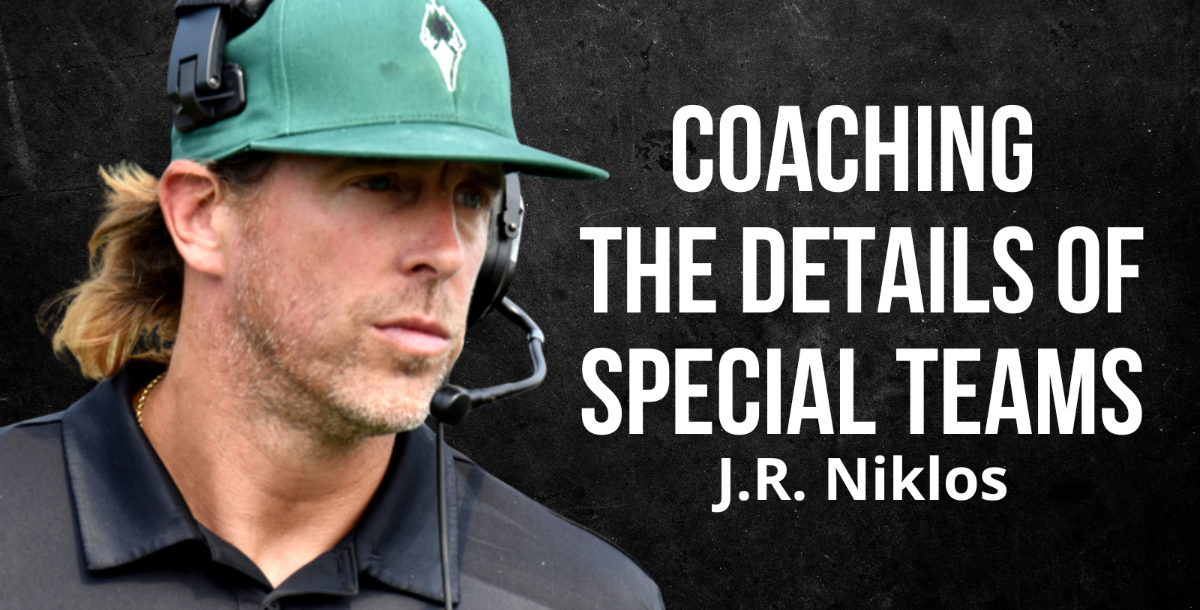