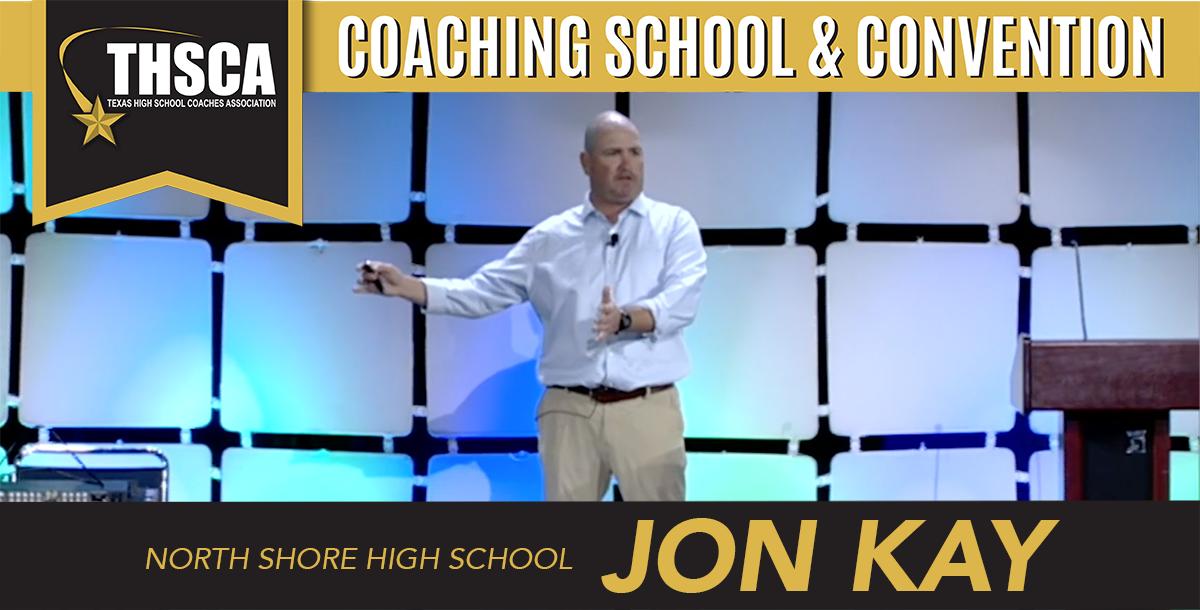 2018 Texas Division 1 State Champion Coach Jon Kay teaches what he does to make his defense dominate year after year.

Kay has been honored as the 2010 Greater Houston Coaches’ Association Assistant Coach of the Year. He has also been invited to speak at numerous Texas coaching clinics.