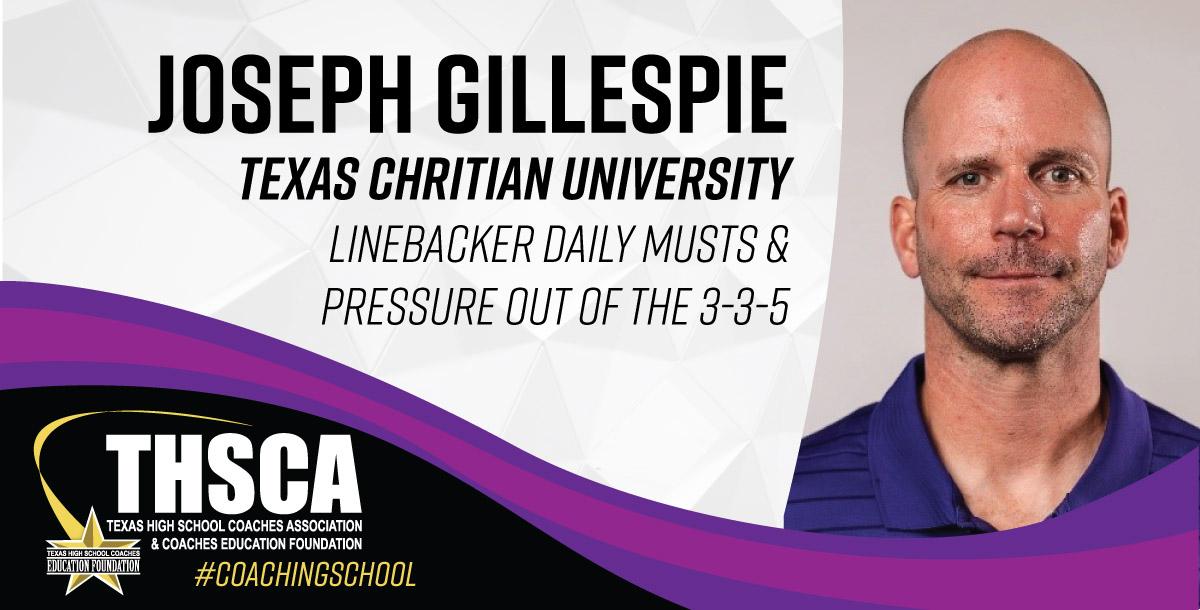 Lecture Title: Linebacker Daily Musts and Pressures out of the 3-3-5

Lecture Title: Linebacker Daily Musts and Pressures out of the 3-3-5

Joe Gillespie is in his first season as defensive coordinator at TCU. The Stephenville, Texas, native arrived in Fort Worth after serving the previous seven years at Tulsa, including the last three as defensive coordinator. In 2020, Gillespie was named by Football Scoop as the National Linebacker of the Coach and a finalist for Defensive Coordinator of the Year. Among the players he coached at Tulsa was consensus All-America linebacker Zaven Collins, a first-round draft pick of the Arizona Cardinals. Before beginning his collegiate coaching career, Gillespie was a high school football coach for 20 seasons in Texas. He was an assistant coach at Stephenville High School for 13 years before becoming its head coach and athletics director. His teams compiled a .758 winning percentage with an overall 72-23 record, winning the district championship three times, sharing the district crown once, advancing to the state playoffs seven times and winning a state championship. He earned District Coach of the Year honors four times (2009, 2011, 2012 and 2013) and was the Big Country Coach of the Year in three seasons (2008, 2011 and 2012).