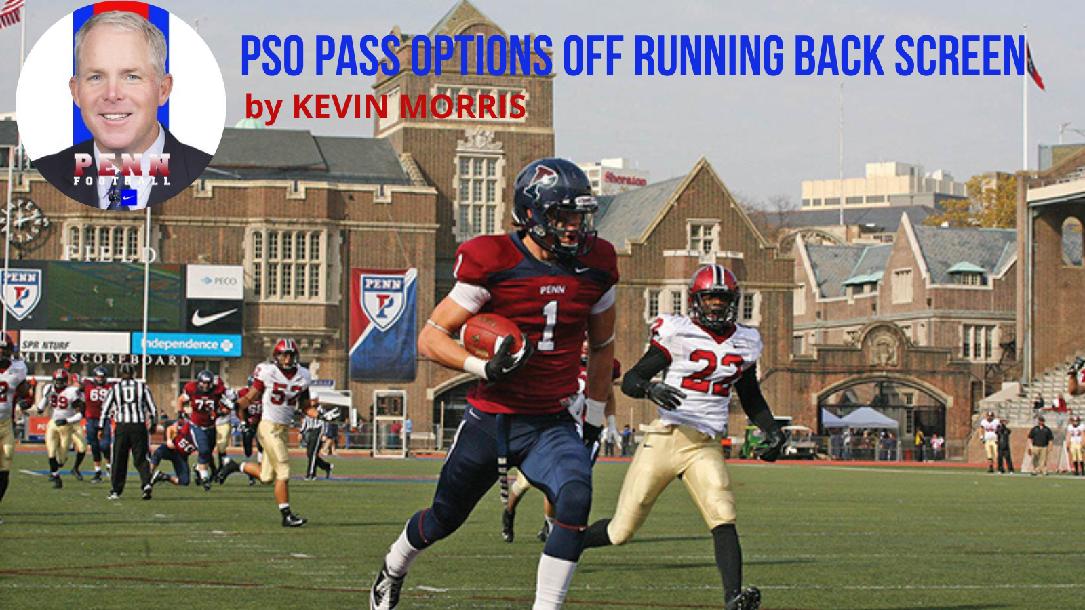 Coach Kevin Morris talks about the power and effectiveness of the screen game and the pass options off running backs. He breaks down the when, why and how to implement it into your game.

A 30-year veteran college football coach, Morris begins his second season as Offensive Coordinator/Clarence S. Rockwell, VMD Quarterbacks Coach at Penn in 2020. Three players on his offense garnered All-Ivy accolades. Morris comes to University City following a five-year stint as offensive coordinator and quarterbacks coach at Monmouth University. Prior to that, he served as offensive coordinator at Yale from 2012-13 and was head coach at Massachusetts from 2009-11.

A 1986 graduate of Williams College where he played quarterback and was also a pitcher on the baseball team, Morris began his coaching career at the University at Albany. During his time at Monmouth, Morris coached 24 All-Big South selections over his five seasons including Reggie White, Jr. – a consensus All-American and NFL prospect who broke almost every Monmouth receiving record. Eight of Monmouth’s 12 All-Big South selections were from the offensive side of the ball, including five who earned first-team honors. In addition, he coached back-to-back Big South Offensive Freshman of the Year winners. Morris helped pave the way to the NFL for multiple Hawks during his tenure with Monmouth.