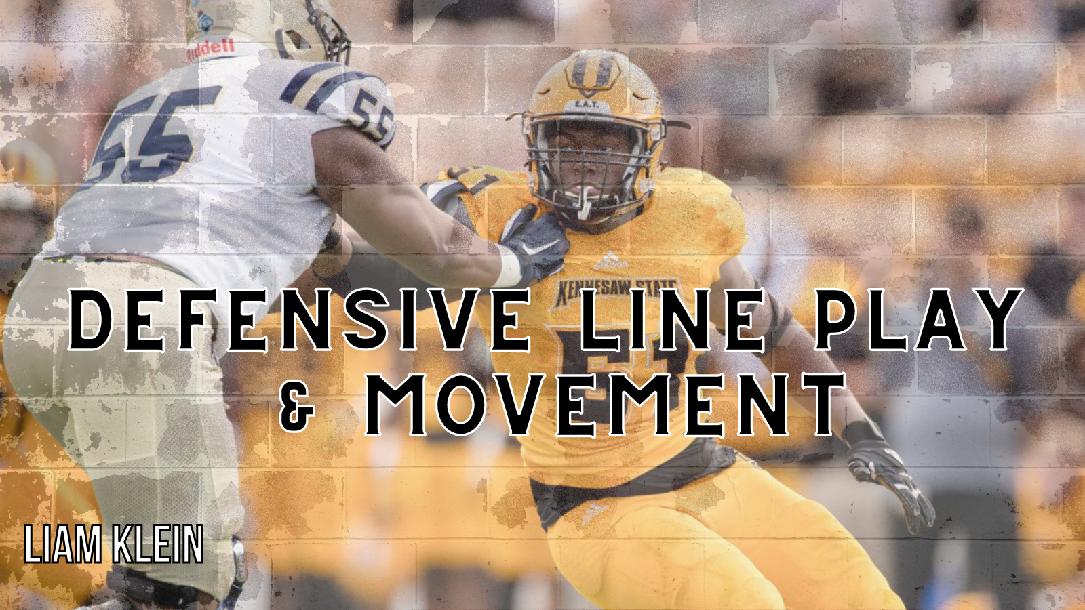 In this course, Recruiting Coordinator/Defensive Line Coach Liam Klein of Kennesaw State goes into defensive line play and movements including

Liam Klein enters his sixth season as a member of the Kennesaw State coaching staff. Prior to his time at KSU, the Owl’s recruiting coordinator and defensive line coach spent eleven seasons at Georgia Tech, including his final seven as director of player personnel. Klein has been ab instrumental part of the defense at Kennesaw State since his arrival, helping the Owl’s rank in the top five in the nation in total dense each of the last two seasons, while leading the Big South Conference for three straight years. Ranking No. 5 in the country.

Klein also developed defensive line phenom Auzoyah Alufohai, who was instrumental in Kennesaw State’s first championship run before signing with the Houston Texans following the NFL Draft. During his eleven seasons on The Flats, Georgia Tech made ten bowl appearances, including the 2012 Hyundai Sun Bowl.

Before being promoted in 2007, Klein served as a graduate assistant for three seasons, working with the Yellow Jackets’ nationally ranked defense. In addition to preparing scouting reports and coordinating the scout team, he helped coach linebackers in 2006 after assisting with the defensive line in 2004-05. During his three seasons as a graduate assistant, Georgia Tech’s defense ranked in the top 30 in the nation in total defense, scoring defense, rushing defense and pass efficiency defense.