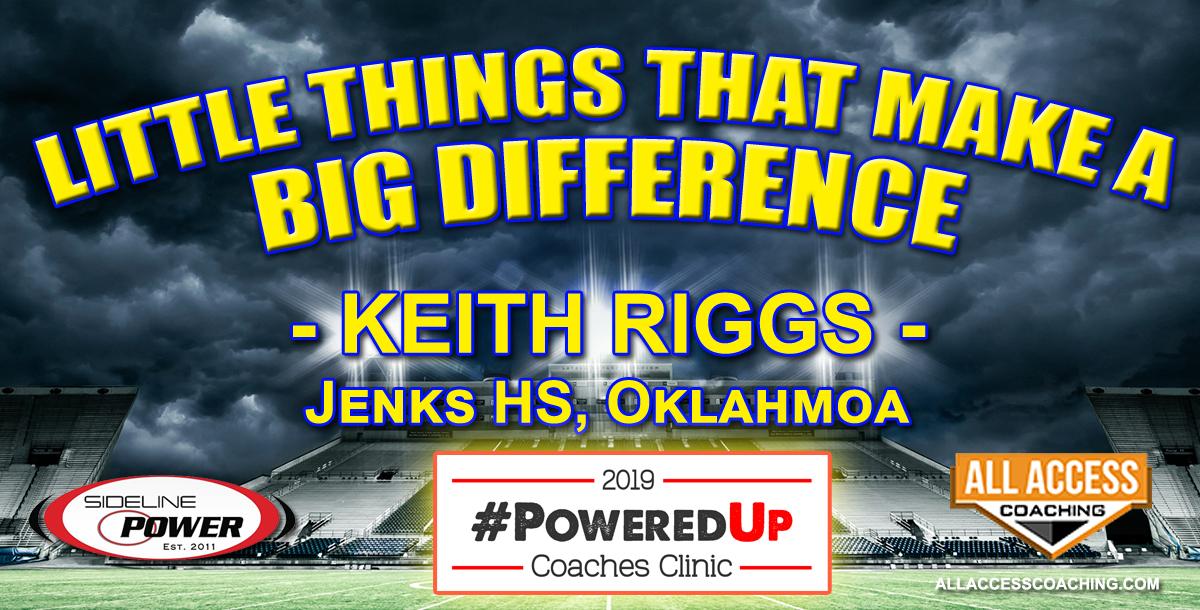 -- How do you increase tempo?

-- Every  coach talks about getting max reps, but very few actually achieve it

-- How do you coach on the run?    How do you increase INdividual time?

-- How do you integrate ADVERSITY into practice?  Bad Calls?  Emergency Field Goal?

-- Do you give position tests?  How do you know if your players are ready for Friday night?

-- How do you teach your players to watch film?  Players do not know how to study film

-- Learn what a 13-time state champion REVIEW SHEET BY POSITION looks like.

-- How do you grade your players?  Jenks believes that this is very important

--> How do you include community and parents

--> How do you get committment from: Admin, Boosters, Parents, Community

Riggs succeeded Allan Trimble as head coach in 2018.  Trimble won a state-record 13 state titles in 22 years from 1996-2017.  Riggs was Trimble’s DC for seven of those state championships.  Riggs has been the Trojans’ assistant head coach and defensive coordinator since 2010.

Riggs passed up an academic scholarship from Princeton to continue his football career at Northeastern A&M, where he was a starting linebacker at NEO in 1984 and ’85.

League Rival Broken Arrow had this to say about Riggs:  “He really knows how to dissect an offense and put a great game plan together. I was around him for 6-7 years and saw his great attention to detail and great work ethic seven days a week.”

If you are leading a football program, then you should watch this video. Culture driven & intentional ideas to better all aspects of the program