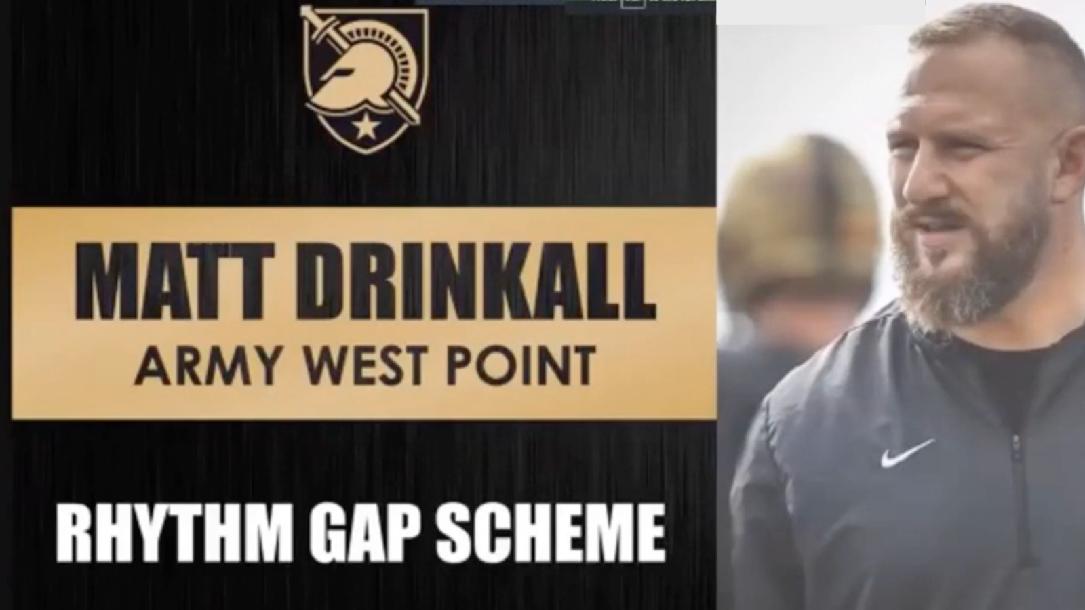 Matt Drinkall, now the TE coach at Army utilized a Power Run Game while he was the head coach at Kansas Wesleyan.  His offense was at the top of NAIA rankings and he built it on a strong running game.  In this course he shares the details of running the football with physicality giving the details that make this style of running game successful.

Matt Drinkall was added to the Army West Point football staff in February 2019. He works as an assistant coach, specifically with the tight ends. Coach Drinkall came to Army after a very successful five-year stint as the head coach at Kansas Wesleyan where the Coyotes were 42-17, including a 37-12 slate against KCAC opponents. His most successful season at Kansas Wesleyan came in 2018 when Wesleyan won its first conference championship since 2002 after going 10-0 and advancing to the semifinals of the NAIA National Championship. Coach Drinkall also had stints as an offensive coordinator with St. Ambrose University, as a tight ends coach at Western Illinois, and as a defensive backs/wide receivers coach at Bettendorf (Iowa) High School.