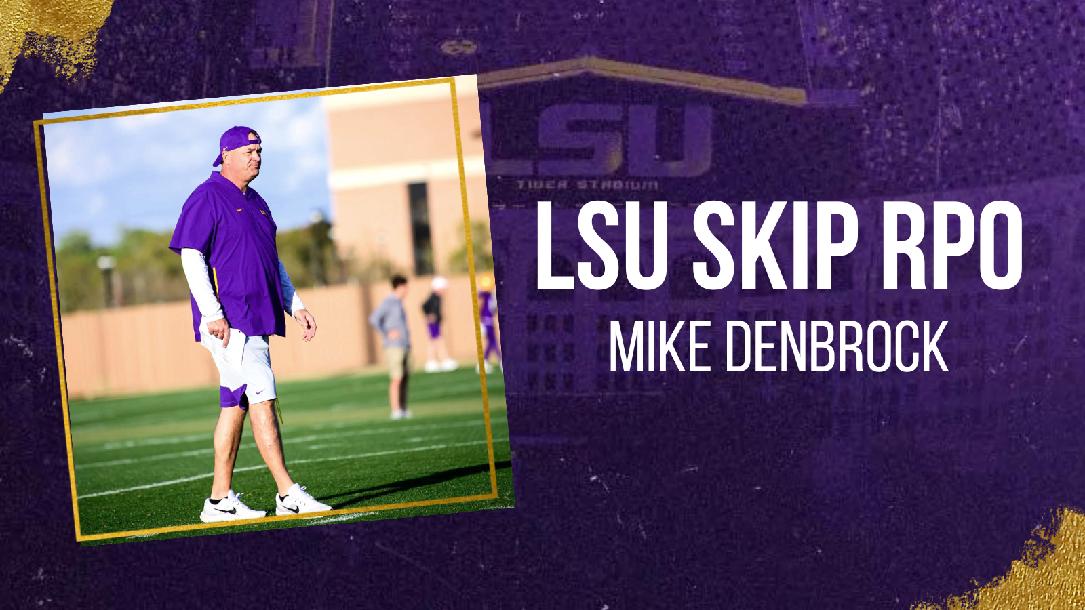 He goes over the basics of the LSU offense and the gritty side of football that he instills into his players at the start of each camp.

He then jumps into all things Tigers RPO including concepts like:

Mike Denbrock is the current Offensive Coordinator and Tight End Coach for the LSU Tigers.

Coach Denbrock began his career as a player for Grand Valley State before landing a GA gig at his Alma Mater in 1986.

From there, Denbrock landed the same role at Michigan State and Illinois State until his return to Grand Valley in 1992.

In 1999, Denbrock took the role of Assistant Head Coach for the Buffalo Destroyers in the Arena Football League. After a year in the AFL, he returned to the college game as the OT/TE’s coach for Stanford.

He went on to coach Offensive Line and Tight Ends at Notre Dame and Washington before landing the AHC job at Indiana State.

Denbrock returned to Notre Dame in 2011, and took on many roles for the Fighting Irish until becoming the Offensive Coordinator for Cincinnati in 2017.

Denbrock remained at Cincinnati until landing the OC role for the LSU Tigers in 2022.