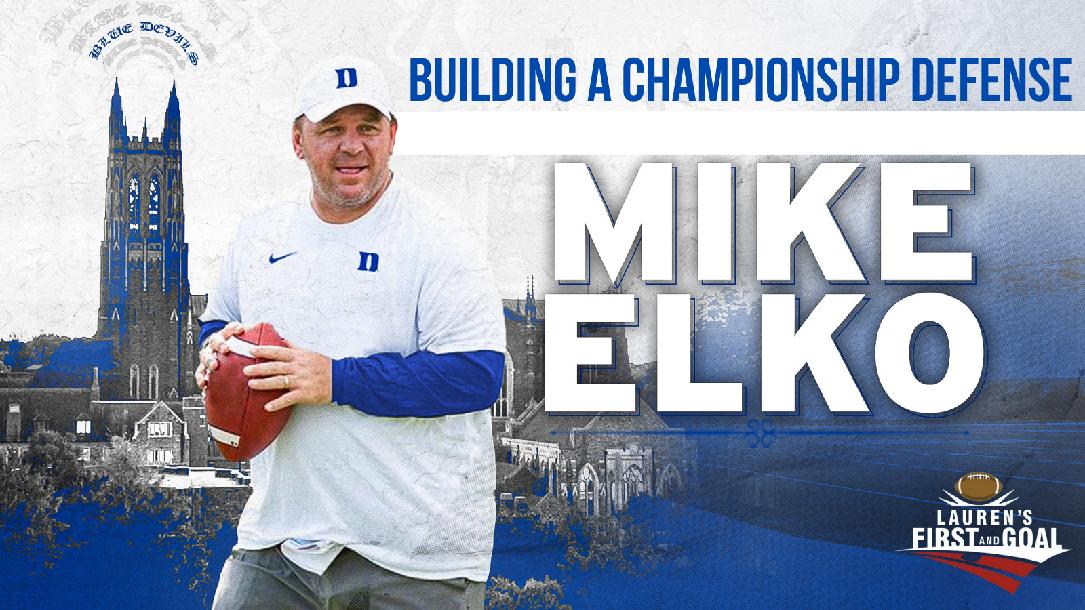 Do you want to learn how to make your defense one that ranks with the champions? Well, you've come to the right place! In this course, Coach Mike Elko delivers to you tackling drills, ball disruption, and mirroring the quarterback concepts that you need to know in order to change the game of defensive play. He also shows off these through the means of drills, fundamentals, and coverages that were used at Texas A&M University and now move to Duke University.

He starts out the course by speaking on the defensive philosophy he uses. This is important to know because it will bring you insight on philosophies to use with your team, and shows off where the priorities lie with the team.

Then, he breaks into speaking on tackling. He shows off both whiteboard and practice film examples of his pursuit drill. He states it is the first thing they do for their defensive practice to ensure all 11 players are swarming to the ball even after they have taken care of their defensive responsibilities. Then he explains what leverage pursuit is and details 3 key points of it you need to know in order to make a good play on the ball. He uses practice film to break down how to use leverage to your advantage to physically make a better play on the ball, not just the ball carrier.

Next, he breaks down the topic of ball disruption. He does this by showing off multiple drills he uses such as two-man recovery, tomahawk drills, hook and glove, and hook and punch. These are all used and shown to help disrupt the ball from the ball carrier and create turnovers. He uses film to show these drills so they will be easy for you to understand and implement in your defensive practices. He also discusses the importance of stripping the ball and how your team should constantly be trying to get the ball out of the hands of the carrier.

Finally, He breaks down how to properly mirror the QB. He breaks down how to mirror the QB when rushing using 2 different techniques whether you are free or engaged. These will help you to coach your players not to jump to block the ball and get juked out by a basic pump fake. He shows off these two types of mirroring with practice film as well, making it very easy for you to understand and develop with your team.

If you are a coach who wants to make your defense strong, disruptive, and a force to be reckoned with, then this course is a must!

Mike Elko is the Head Coach at Duke University.

Mike Elko finished his 4th season leading the Texas A&M legendary defense. In his time with the Aggies, he has turned them into one of the nation's top powerhouse defenses. He vastly helped their defense making them lead the SEC in total defense and rank second among league teams in rushing and passing defense. With his help, the Aggies have put up an 8-1 season battling it out with every SEC opponent. By the end of the season, they were a top 5 team.