Mike Sullivan - Teaching the QB how to watch Film 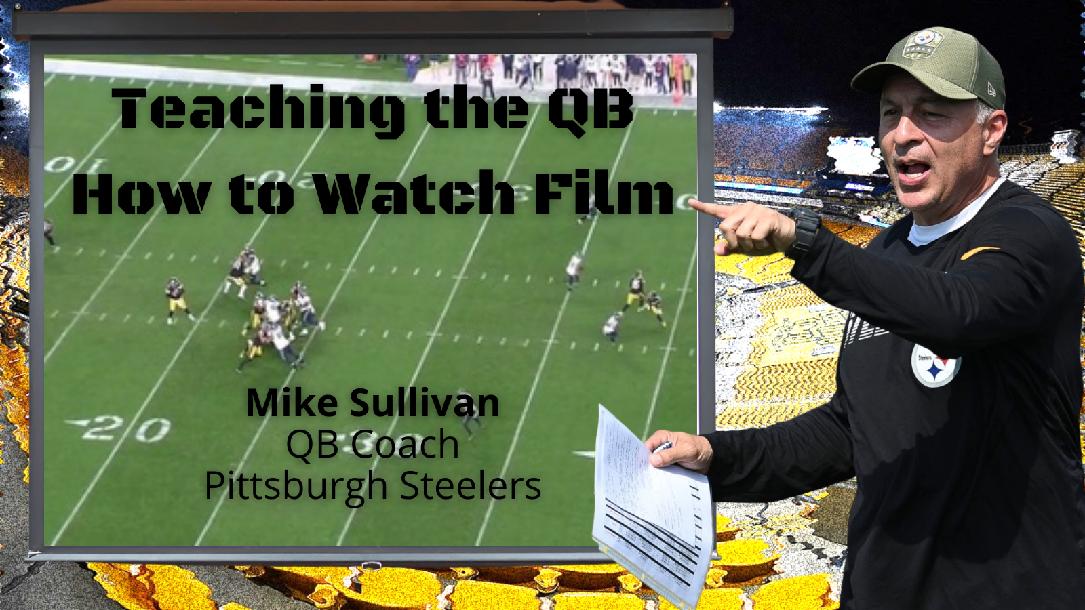 Coach Mike Sullivan discusses the importance of teaching your QB how to break down various high zones, high man and zone pressure during film. He illustrates how to translate game film study into the field.

Mike Sullivan was named the Quarterback Coach of the Pittsburgh Steelers in 2021 and guided Ben Roethlisberger through his final season.

Prior to Pittsburgh, Mike Sullivan was named the Army West Point football director of recruiting in March of 2020. Sullivan, a 1989 U.S. Military Academy graduate, comes back to West Point after coaching in the NFL. Sullivan most recently was the quarterbacks coach of the Denver Broncos and the offensive coordinator of the N.Y. Giants. During Sullivan’s time as the quarterbacks coach, he was a Super Bowl Champion coaching Manning to the Super Bowl XLVI. In addition to mentoring Pro Bowler Odell Beckham Jr.

He also guided the Giants wide receivers and punt returners from 2004-09, winning Super Bowl XLII. Coach Mike coached for the Jacksonville Jaguars as the Offensive Assistant and Defensive Quality Control Coach.  Sullivan also served as the offensive coordinator with the Tampa Bay Buccaneers for two years.

Great job providing QB's at all levels direct preparation that is clear and concise.