New Trends in No Huddle Football 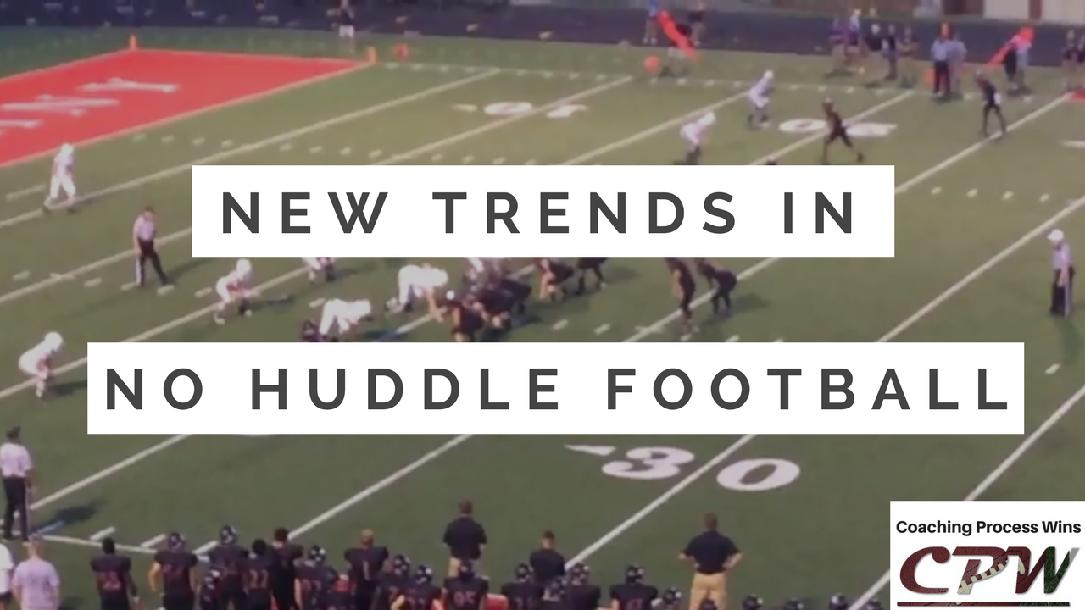 Dive into some of the newest and most cutting-edge trends in offensive football today!

The Next Big Thing On Offense

The power pitch read play has been proven at the highest level of college football.  Even since Clemson used it to tear through opponents on their way to a National Championship, coaches everywhere have been studying it, and trying to figure out how to use it (and defend it). Now, go inside the play everyone will be running next fall.

New To The No Huddle? Learn How To Teach It

Everyone has to start somewhere.

Coach Cooley goes through the basics of how he teaches and practices his no huddle attack. After all, anyone can draw up plays, but if you can't teach it, your players can't run it.

Use Strike Points To Create A Deadly Passing Attack

Coach Cooley covers the basic routes in his passing tree and how to teach them, and more importantly, how to drill them. As he takes you through the tape, Cooley places a big emphasis on Strike Points, and uses his proven method for accelerating chemistry between the quarterback and his receivers.

This section by itself is worth the price of the course!

Keep Defenses On Their Heels With The RPO

You've seen teams everywhere run them. Maybe you've even got a team on your schedule who loves to use them. Now it's time to put the RPO to work for you.

Coach Cooley goes through the installation of the RPO, and walks you through his thought process of how they all fit together within the scheme.

Don't get left behind. Book this course now!

Steve Cooley has previously been a head football coach for 22 years, also been a Defensive Coordinator at a 5A school and Offensive Coordinator at a 6A school. Started his head coaching career in Fort Wayne, taking over a 1-8 Harding team and immediately impacting them to and 8-3 record and their first winning season there in 10 years.   With in 5 years, he won 3 Sectional titles, 2 Regional Championships - 2 Final 4 appearances, and a number #1 team ranking,  He then moved South to conquer a bigger school at Jeffersonville High School, There he led his team to the states leading rusher and also top 10 ranking, and became only second coach there to win a Sectional Championship in over 100 years of football. He then tried to revive a Clarksville program and took them to 6-3 and a City Championship in 3 short years. He currently is the Offensive Coordinator at 6A New Albany High School. He has spoken at many local, state and regional clinics over the years, and loves to give back to the game that he loves.

Great common sense approach. Teachable stuff that can be added to every practice. This will be added to our teams practice !

You just booked "New Trends in No Huddle Football"