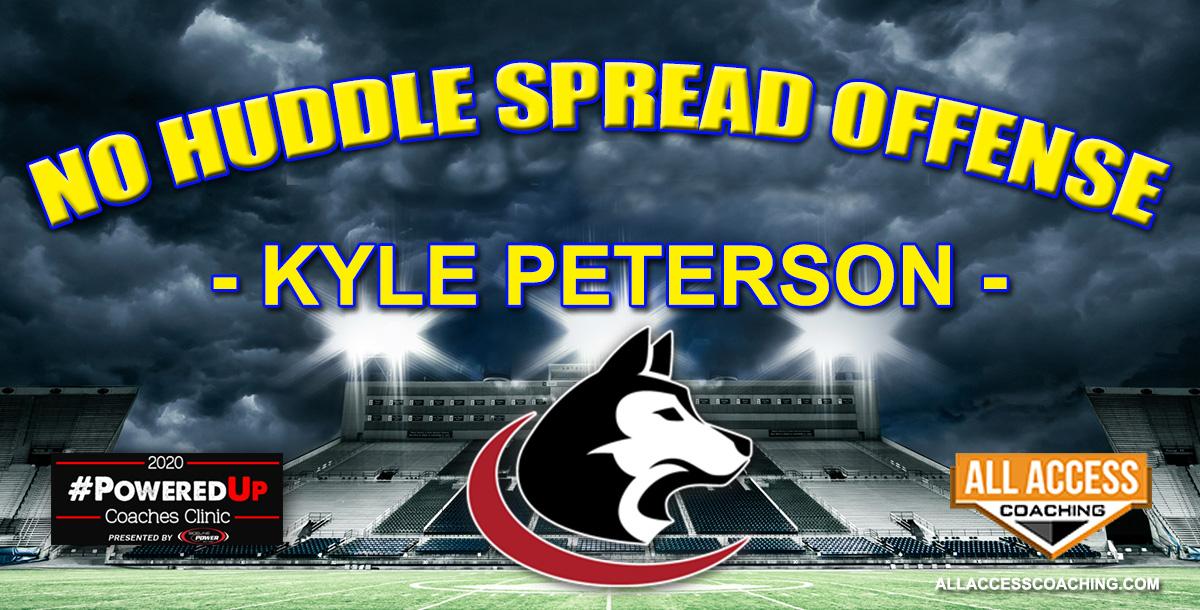 People want exciting football. The fans want it. Kids want to play in an offense that scores a lot of points and is exciting. The spread offense is designed to get the ball in the hands of your playmakers and make the defense defend the entire field from side line to sideline, dictate coverages and always have a numbers advantage. In this video from Coach Peterson, learn the fundamentals of a spread offense to make your offense the high scoring unit it’s destined to be.

14-year assistant Kyle Peterson was named the new head coach of the Aurora Huskies in 2015.

The “farm kid from Oxford” becomes just the fourth head football coach in more than five decades, a track record of longevity and success that was just starting to sink in on the day of Wednesday’s public announcement.

Peterson beat out several quality candidates because, accordin to Jay Staehr, AHS athletic director,  “We just felt that Kyle was the guy we wanted to go with,” Staehr said. “Kyle is very knowledgeable about the game and he’s been with this program for 14 years. He’s had a pretty good hand in what the program has become and we just felt he was ready for the task.”

Outgoing head coach Randy Huebert had high words of praise for his successor.“Coach Peterson will do a great job leading the Aurora football program. He has a tremendous work ethic and he is an excellent teacher when it comes to technique’s and fundamentals of football. His  relationship skills are strong and he understands the strategies of the game.”

Peterson played college football at Wesleyan after graduating in 1996 from Southern Valley High School, where he was part of the consolidated school’s first graduating class. At Wesleyan, he started out at linebacker and played his final two years on the offensive line.

A young Peterson was offered a teaching position in Aurora right out of college and joined Huebert and Co. for what would become an invaluable learning experience.