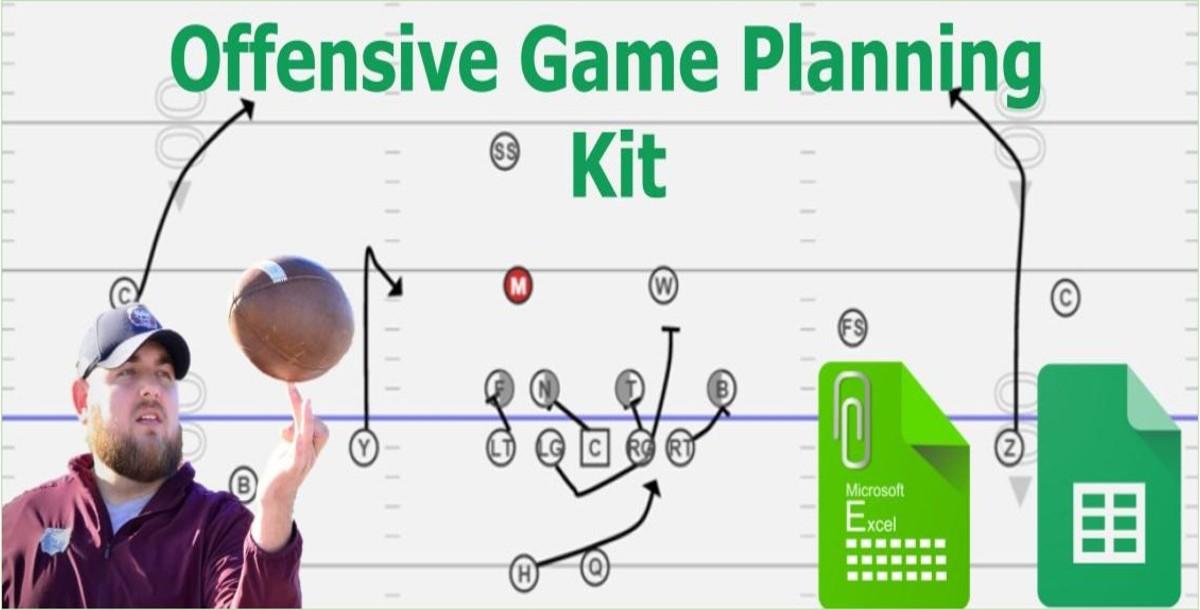 The job of Offensive Coodinator can be a taxing one, especially when you are creating game planning material from scratch. A well organized coach spends a vast majority of their time designing a plan to fit various needs of their team during the season. How these decisions are made and communicated directly impacts the success of the program. Since the majority of coaches have been doing the same planning processes that were used when leather helmets were worn, this opens up an opportunity to get a leg up on your competition.

This Offensive Game Planning Kit is a 21st century answer to 20th century planning problems. This kit is a compilation of years of game planning study and research. It has been created as a one stop game planning workbook!

Once you have gained full access to the cource you will be able to fully utilize this kit to your teams specific needs. While it was developed in Excel it is still fully functional as a Google Sheet.

With seven years of coaching experience, including coaching at Otterbein University and two stints in Indiana's MIC conference, Coach Cross has seen a thing or two when it comes to the organization of a football program. Pairing his coaching experience with Bachelors’ degrees in Sports Management & Business, as well as a Master's in Business Administration, he is a coach who understands the importance of the delicate balance between football knowledge, team culture, and program organization.

In addition to his hands-on coaching experience, Coach Cross has spent countless hours of professional development devoted to football principles, techniques, and schematics. Having attended The Ohio State University's coach's clinic the past seven years, as well as a myriad of lectures and programs at the Indianapolis, Cleveland, and Cincinnati Glazier Clinics, Coach Cross brings a unique perspective of passion and knowledge of the sport to his coaching method.

Coach Cross spent three years as an assistant coach at Circleville High School (OH) where he worked with the offensive line and inside linebackers. He followed that up with a Graduate Assistancy at Otterbein University (OH) coaching O-line. When his wife of four years took a job opportunity back Indiana, he was tasked as an Assistant Coach for Coach Graves at Pike High School (IN). After coaching at Pike, Coach Cross made the transition to being a Freshman Offensive Coordinator for John Rodenberg’s Lawrence Central program (IN). Most recently, Coach Cross was the Offensive Coordinator at Crispus Attucks High School (IN). For the upcoming fall 2021 season, Coach Cross is bringing his offensive expertise to Juco. startup ALN Sports Prep. Academy in Indianapolis, Indiana.