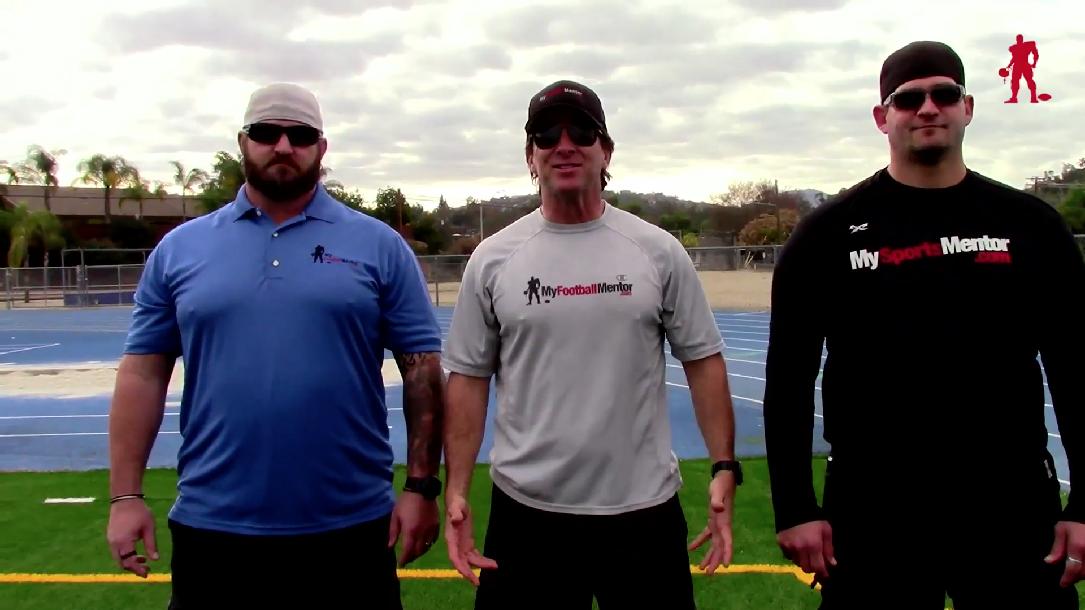 This 1 hour exceptional OLine video is taught by NFL & College standouts. It covers stance, alignment, balance, footwork, hand placement, pass blocking fundamentals, drills and more. This is a must video if you want too be the best offensive lineman you can be!

Matt O’Neil and Chris O’Neil are brothers that grew up both playing on the offensive line. Matt and Chris each played at a very high level as Matt started at the University of Oklahoma and went on to play with the Falcons, Jets, and Dolphins in the NFL. Chris, Matt’s older brother and offensive line mentor, was a promising professional player coming out of Northern Illinois University. He attended the NFL combine but a severely torn hamstring ended his professional career.

Both Matt and Chris are fantastic technicians of offensive line play and those are the types of coaches we look for at My Football Mentor. Having both played the position at a competitive level, they know the in’s and out’s of offensive line play from a player’s perspective, something that’s invaluable when trying to teach the fundamentals of this highly technical position!