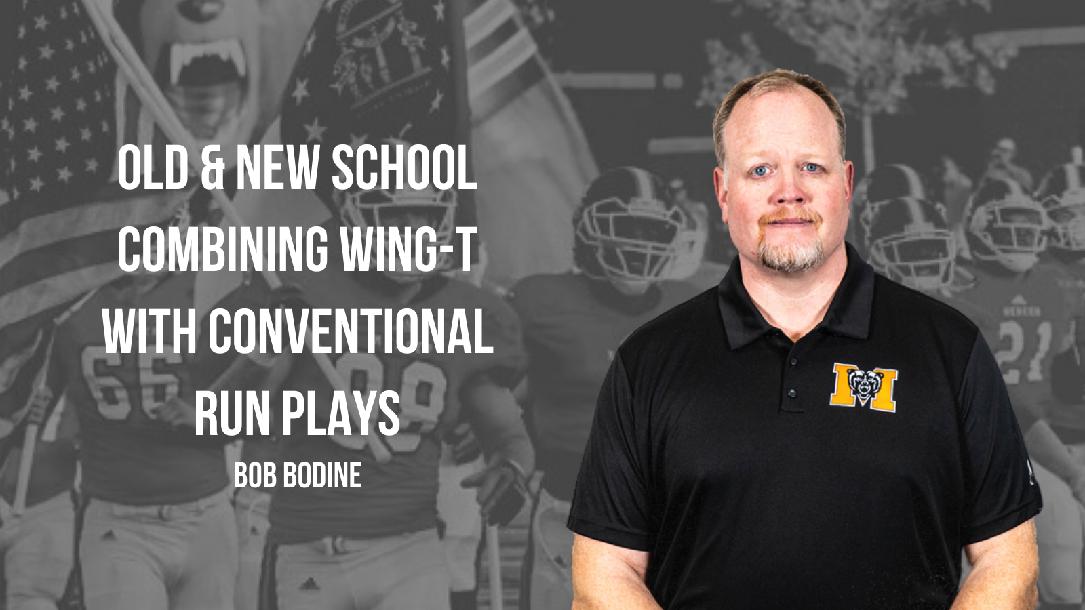 In this course, Coach Bob Bodine talks about combining old and new school Wing-T with conventional run plays. The coach touches on the importance of balanced and unbalanced formations. He breaks down the Mississippi, Screw, Salsa, and Boogie by demonstrating the overview, diagrams, and video examples. Everything you need to run a perfect Wing-T is right here!

Simply click the ‘Book This Course’ button at the top right of this page, place your order, and you’ll immediately be logged into the training with full access. Take a look into how Coach Bob Bodine combines the old and new school Wing-T with conventional run plays today!

Bob Bodine enters his second year as the co-offensive coordinator and offensive line coach for Mercer in 2021.

In year one with the Bears, Bodine helped the team win five contests - all in Southern Conference action - with three wins coming over ranked foes. The Bears' offense made positive strides in the spring as quarterback Carter Peevy took over under center. Peevy, a true freshman in 2020-21, finished his first collegiate season ranked second in the conference in passing yards (1,318) while being third in completion percentage (54.3 pct.), passing efficiency (133.0), and passing touchdowns (8). In Mercer's win over No. 17 Furman, the freshman signal-caller became the first quarterback in program history to throw for at least 400 yards in a single game with 406 yards through the air and two touchdowns. Peevy was just one of 11 Bears to earn All-SoCon postseason honors.

Bodine spent the two seasons prior to arriving in Macon as offensive coordinator and offensive line coach under Cronic at Lenoir-Rhyne, helping lead the Bears to an impressive 25-3 record and back-to-back South Atlantic Conference championships.