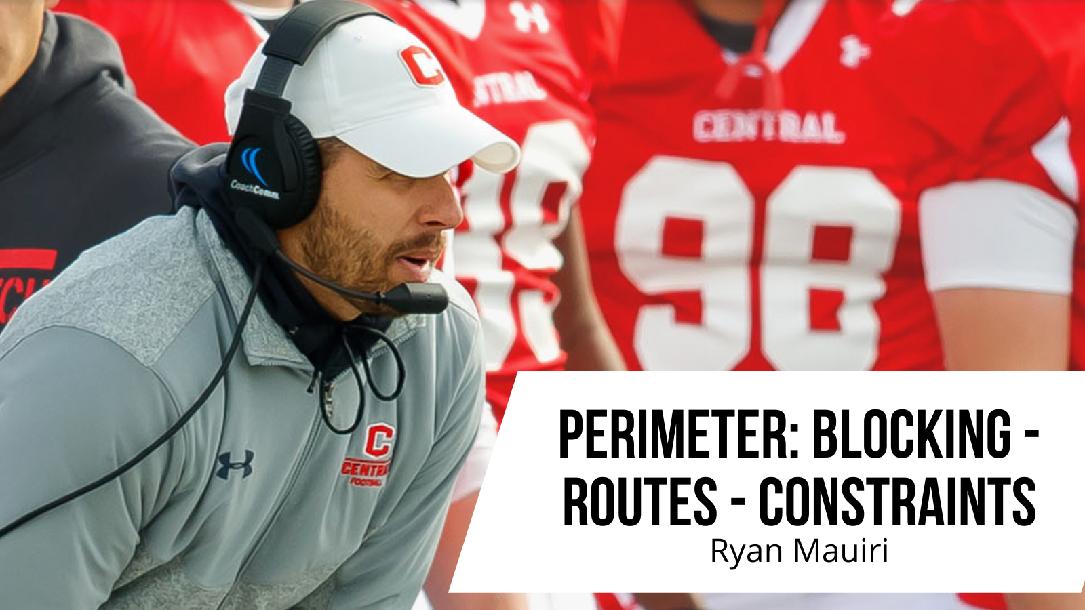 In this course, Coach Ryan Mauiri teaches perimeter blocking with routes and constraints. The Coach gives a breakdown of the rules of perimeter blocking, as well as the pre-snap look, blocking examples, and throws. He demonstrates splits, sets, glances, plays, and more by providing video examples. Everything you need to improve your perimeter blocking right here!

Simply click the ‘Book This Course’ button at the top right of this page, place your order, and you’ll immediately be logged into the training with full access. Take a look at how Coach Mauiri teaches the perimeter: blocking, routes and constraints today!

Ryan Maiuri joined the Central football coaching staff in 2015 as the offensive coordinator and quarterbacks coach. Under Maiuri's guidance, Central led the American Rivers in total offense in 2019 with 475.3 yards per game and quarterback Blaine Hawkins was the league's offensive player of the year.

Originally from Sterling Heights, Michigan, Maiuri graduated from Lakeland College (Wis.) in 2006 and received Illini-Badger Conference player of the year honors in 2005. He led the Muskies to their first-ever playoff berth and was the league's offensive player of the year in 2004.

In 2007 Maiuri returned to Lakeland and spent two seasons as the football strength and conditioning coordinator and graduate assistant coach for defensive backs. He then was an assistant coach for tight ends at Division II Winona State University (Minn.) before joining the staff of Adrian College (Mich.) in 2011 as quarterbacks coach and junior varsity offensive coordinator.