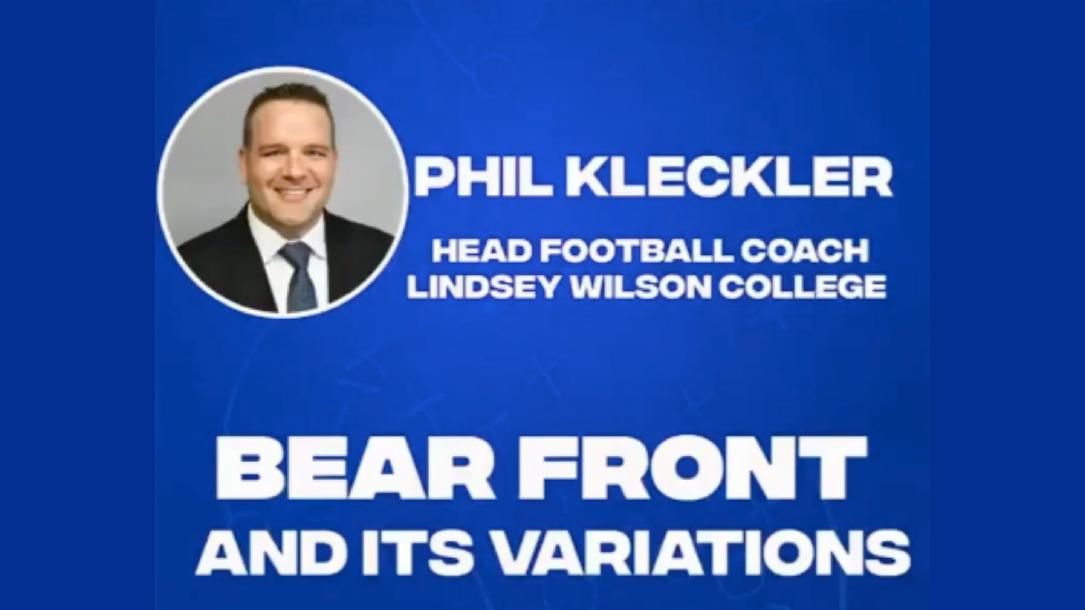 In this course, coach Phil Kleckler talks about the bear front and its variations. Coach breaks down the 3-man stunt, 4-man stunt, and 5-man stunt as well as different inserts.

Simply click the ‘Book This Course’ button at the top right of this page, place your order, and you’ll immediately be logged into the training with full access. Take away Coach Klecklers bear front variations with you today!

During his first season with the program in 2017, Klecker helped lead the Blue Raiders to an 11-1 overall record and an appearance in the NAIA Football Championship Series Playoffs Quarterfinal Round. Lindsey Wilson captured the Mid-South Conference Bluegrass Division title with a perfect 6-0 record, the second conference title in program history. He helped coach the Mid-South Conference Defensive Player of the Year and NAIA Second Team All-American linebacker Trent Mueller, the first defensive All-American in program history. His defense racked up 24 takeaways including 13 interceptions and 11 fumble recoveries, 23 sacks, and 70.5 tackles for loss in 2017.

Kleckler joined the Lindsey Wilson staff after six seasons at Benedictine (Ill.), where he served as the defensive and recruiting coordinator each of the last two seasons. He also boasts coaching stints at Occidental (Calif.) and Averett (Va.)

You just booked "Phil Kleckler - Bear Front and Its Variations"