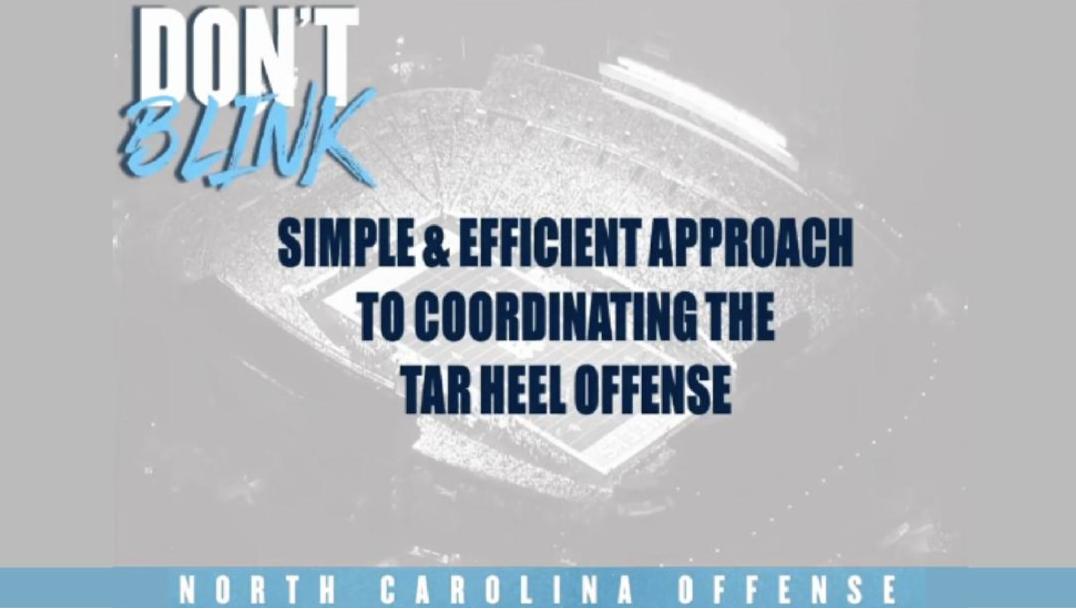 In this course, Coach Phil Longo talks about the process of coordinating an offense with a simple and efficient approach. He breaks down depth charts, practices, and playbooks as well as teaching route freedom.

Simply click the ‘Book This Course’ button at the top right of this page, place your order, and you’ll immediately be logged into the training with full access. Learn how Coach Longo coordinates a Tar Heel offense today!

One of the top coaches in college football with 26 years of experience running his offense, Longo’s 2021 offense continued to show why it’s one of the most productive in the nation. Despite the departure of four NFL Draft picks, the Tar Heels posted 35.2 ppg (19th NCAA/3rd ACC) and 468.2 ypg (10th NCAA/3rd ACC), while leading the ACC (17th NCAA) in rushing yards with 2,763. It marks the second consecutive season that UNC led the ACC in rushing yards. With another 1,000-yard receiver and two 1,000-yard rushers, Longo’s offense has produced the most 1,000-yard rushers nationally over the last three seasons with five and is tied for second nationally with four 1,000-yard receivers