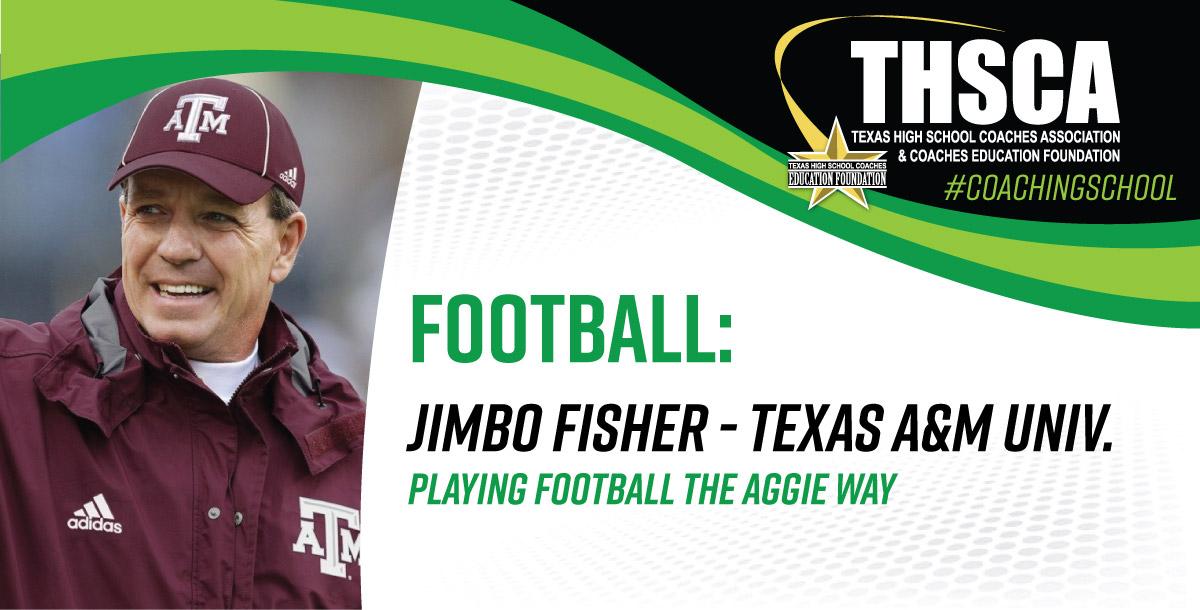 Jimbo Fisher, who led Florida State University to a national championship in 2013, was named head football coach at Texas A&M University on December 4, 2017.  In his first season in Aggieland (2018), Fisher led the Aggies to nine wins and a second-place finish in the SEC West, which was the program’s best SEC finish since joining the league in 2012. The Aggies closed out the year with four straight wins including an epic 74-72 seven-overtime victory over LSU, the program’s first win over the Tigers in more than 20 years.  The bowl victory was a 52-13 win over North Carolina State in the TaxSlayer Gator Bowl.

With COVID interrupting everything in 2020, Fisher went against an all-SEC regular season schedule to go 8-1, finished second in the SEC West, and earned a spot in the Capital One Orange Bowl against North Carolina. The Aggies won 41-27 and finished the year 9-1 and a final national ranking of No. 4 in both polls. It marked the highest finish for an Aggie football team since Texas A&M’s 1939 National Championship team of 1939. Fisher was a finalist for the Coach Paul “Bear” Bryant National Coach of the Year.