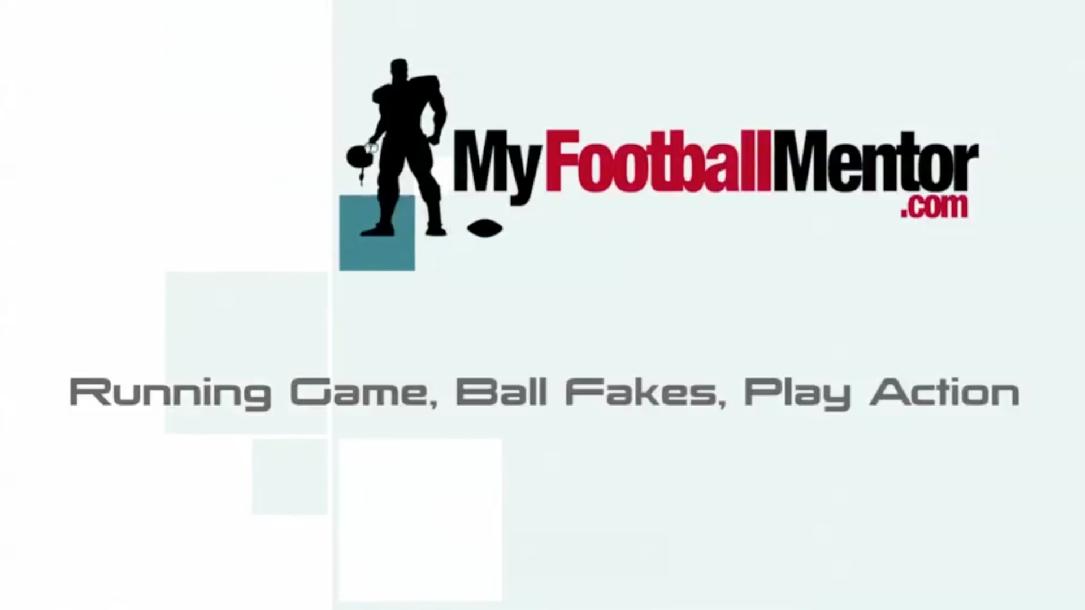 This 50 minute video covers the running game, ball fakes and play action. Coach Bill Cunerty, a three time National Champion Junior College coach and teacher to many of the nation’s elite QB’s, covers several aspects of the running game with former college and NFL players including proper hand-off techniques and footwork by the QB, proper relationship of the QB to the Running Back when giving the football, on ball fakes, and on play-action passes.  Also covered are QB responsibilities when the Running Back has a blocking assignment on a blitz pick-up as wells as proper bootleg depth and set-up.  Running plays covered are spin trap, isolation, inside zone, and outside zone stretch as well as play-action off all of them.  This is the most extensive teaching video ever made on these nuances of the running game!

Bill Cunerty has worked with numerous NFL athletes, and most recently Andrew Luck the #1 NFL Draft pick in 2012. He is considered to be one of the nations top quarterback coaches. Bill teaches performance training for elite athletes. He is often called upon to help recent college seniors achieve their dreams of playing in the National Football League. The 20-somethings come to coach Cunerty from all over the country for the opportunity to work with him. For it is Bill Cunerty who will prepare them for the biggest job interview of their lives. Dressed in black sweatpants and a black polo shirt, Cunerty looks remarkably young for someone turning 65 in May. He has a quiet but commanding presence on the field, and the quarterbacks and receivers he’s working with listen intently when he speaks.

Everything You Need To Know About Being A Quarterback or Quarterback Coach by Go NoHuddle
Views: 1814
$33.33