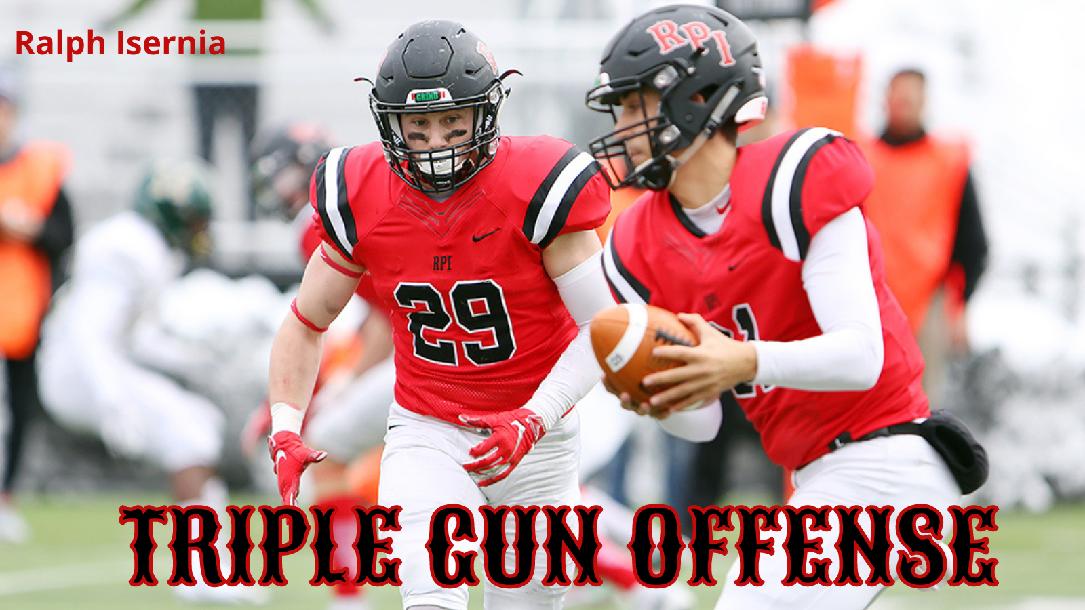 In this course, Head Coach Ralph Isernia of Renseelear Polytechnical Institute goes into how he runs the Gun Triple Option. This course includes

In his seven seasons with the Engineers, Isernia (pronounced EYE-sern-EE-ah) has led the Engineers to a 50-27 record (.649), five Dutchman Shoes Trophy Game victories, six post-season appearances, including a trip to the NCAA Tournament Quarterfinals, and a pair of ECAC Bowl titles.

The Engineers earned its sixth consecutive playoff appearance in 2019 - the longest streak in school history - and finished with a winning record for the sixth straight season. The 2018 campaign was one of the most successful for the program as RPI registered 10 victories - the second most in a single season; a Liberty League title - its second straight; and qualification into the NCAA Playoffs for the second consecutive year - for the first time in school history. Rensselaer advanced to the quarterfinals of the NCAA Tournament for just the second time ever, finished nationally-ranked in both the D3football.com Poll (11th) and the American Football Coaches Association (AFCA) Poll (12th) and