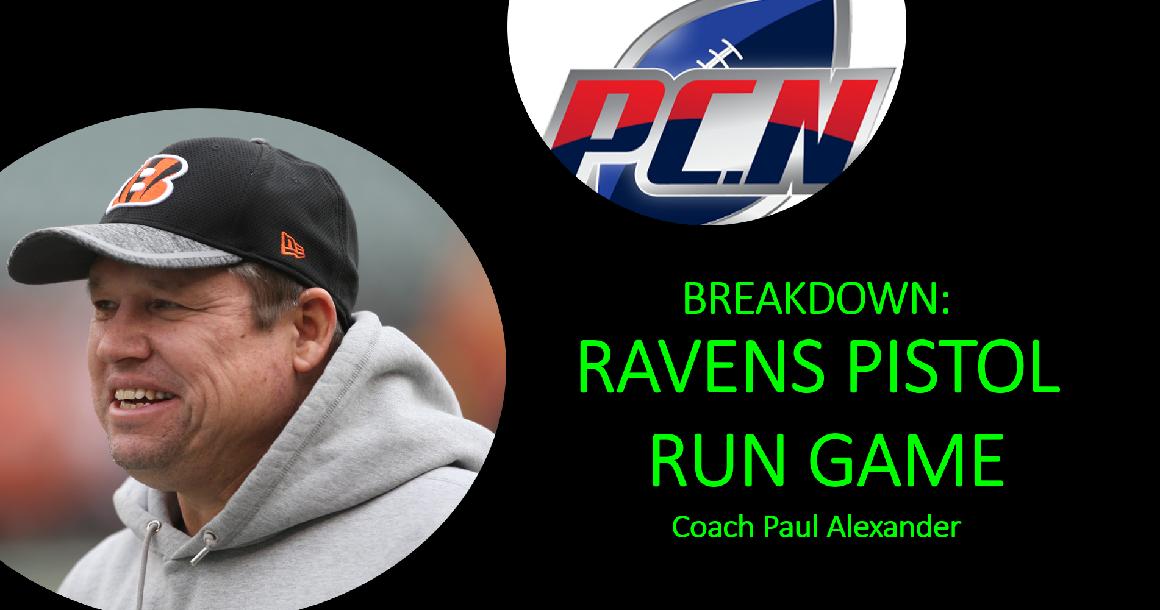 The 2019 Baltimore Ravens run offense was explosive and successful in a way not common to modern day NFL Football which features passing over running.

Their PISTOL formation featured a DUAL THREAT QB and their creative formations and innovative schemes led to their success.

This course breaks down the elements of their run offense in CLINIC fashion.

*** 100% of net proceeds up to $5,000 will be donated to the United Way COVID-19 Community Response and Recovery Fund. Please help meet the needs of those who find themselves in crisis during these unprecedented times. ***

Detailed explanations of the Ravens pistol offense for the past two years (2018-19). Misconceptions between zone read and gap read plays are addressed. Coach Paul even goes into how he thinks teams will eventually react to these schemes defensively.

This is extremely well done. Paul does a great job of taking a sophisticated subject and explaining it in a simple and concise manner. This course is a must for all coaches that want to stay up to date.

Learned a ton about one of the most fascinating topics in the game currently. Looking forward to studying the film after Coach Alexander's breakdown. This will be fun!

This course is great. I learned a lot and helped with the covid-19 isolation boredom. Keep them coming!

Very detailed breakdown of not only the Raven's offense but schemes to defend it and an opportunity to support a great cause. Win Win Win

This is a must watch course for every coach, player and fan of the NFL, especially in the AFC North. Also learned a lot that can be implemented at the youth and college level too.

This course is great! Coach Alexander is an excellent teacher and leaves no doubt that he knows what he's talking about when it comes to football. A must have course for all.

Running Inside Zone in The NZone Spread Offense by Nzone Football
Views: 3214
(2) $20