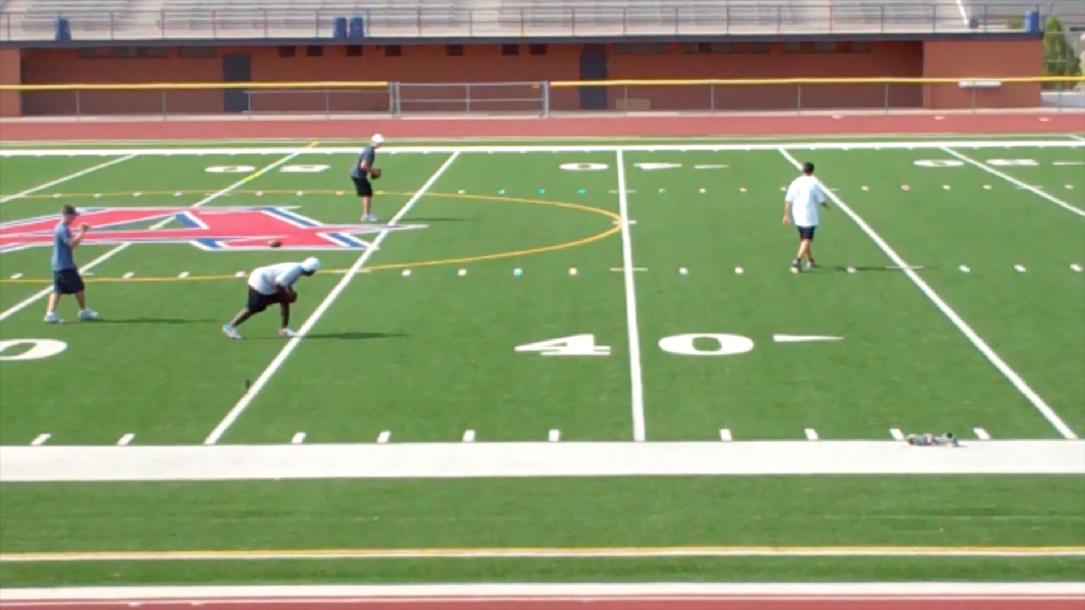 The route running video includes detailed explanations and examples of how to run the most common pass routes as well as the correct biomechanics and angles necessary to run these routes properly and effectively. Routes are demonstrated by Canadian Football League Hall of Fame receiver Terry Vaughn.

Terry Vaughn is a former Canadian Football League receiver most recently with the Hamilton Tiger-Cats. On July 14, 2006 he became the all-time leader in receptions in the Canadian Football League, surpassing Darren Flutie‘s previous record of 973 receptions. Vaughn finished the season with 1,006 career receptions, a record which stood until Ben Cahoon broke it on October 11, 2010. Vaughn also holds the record for most 1000+ yards receiving with 11, while also holding the record for most consecutive 1000+ yards receiving, also with 11. He finished his career in fourth as the CFL’s all time receiving yards leader with 13,746 yards. He announced his retirement as a Calgary Stampeder near the beginning of the 2007 season.

Vaughn played college football at the University of Arizona. He played 12 seasons in the CFL for the Calgary Stampeders, Edmonton Eskimos, Montreal Alouettes and Hamilton Tiger-Cats. Vaughn was a three-time CFL all-star and played in five Grey Cup games, winning with Calgary in 1998 and Edmonton in 2003.

In November, 2006, Terry Vaughn was voted one of the CFL’s Top 50 players of the league’s modern era by Canadian sports network TSN. Terry was inducted into the Canadian Football League Hall of Fame this past September.