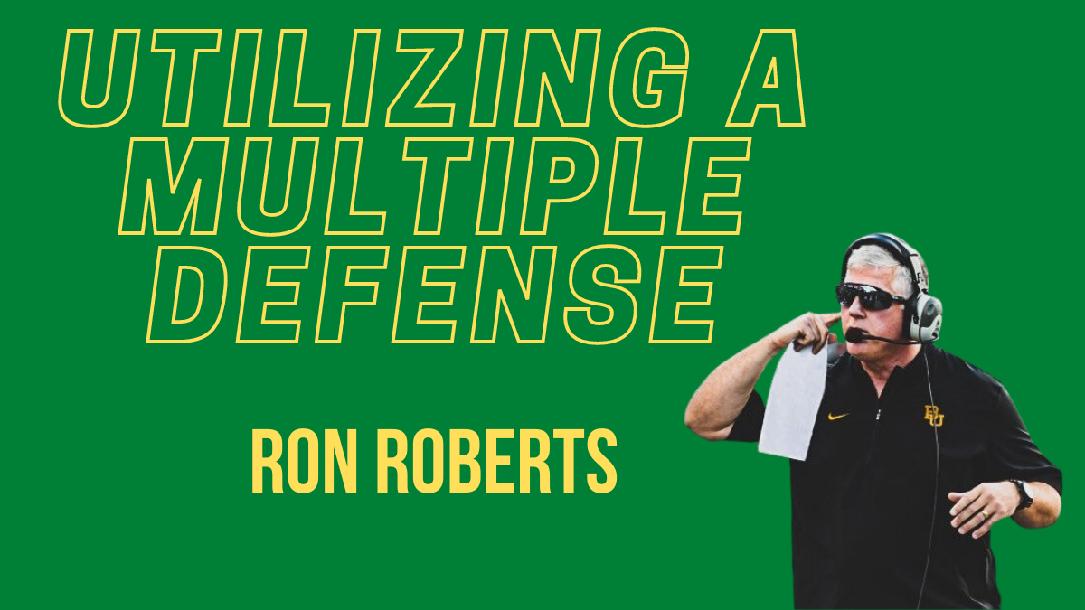 In this course, Coach Ron Roberts talks about how he implements multiple defenses into his team. He discusses philosophy, defensive goals, and formation issues. Coach breaks down game film to help demonstrate different packages.

Simply click the ‘Book This Course’ button at the top right of this page, place your order, and you’ll immediately be logged into the training with full access. Learn how Coach Ron Roberts instills multiple defenses into his team today!

31-year coaching veteran Ron Roberts was named Baylor's Defensive Coordinator on January 21, 2020. In addition to his role as defensive coordinator, he coaches the inside linebackers. In his first season leading Baylor's defense, the unit finished second in the Big 12 Conference allowing only 203.0 passing yards per game, and third with 17 forced turnovers. The Bears were second in the league with 12 interceptions and allowed only 32 plays of 20+ yards on the year, the second-fewest in the Big 12. Longtime associates, Baylor head coach Dave Aranda served as defensive coordinator under Roberts at Delta State in 2007.

Great Nuggets in here like his Goal Board, Positional Skill Analysis, Formation Issues, and Situational Expertise

Defending the Modern Offense with Universal Run Fits by Jason Thier
Views: 2810
(2) $24