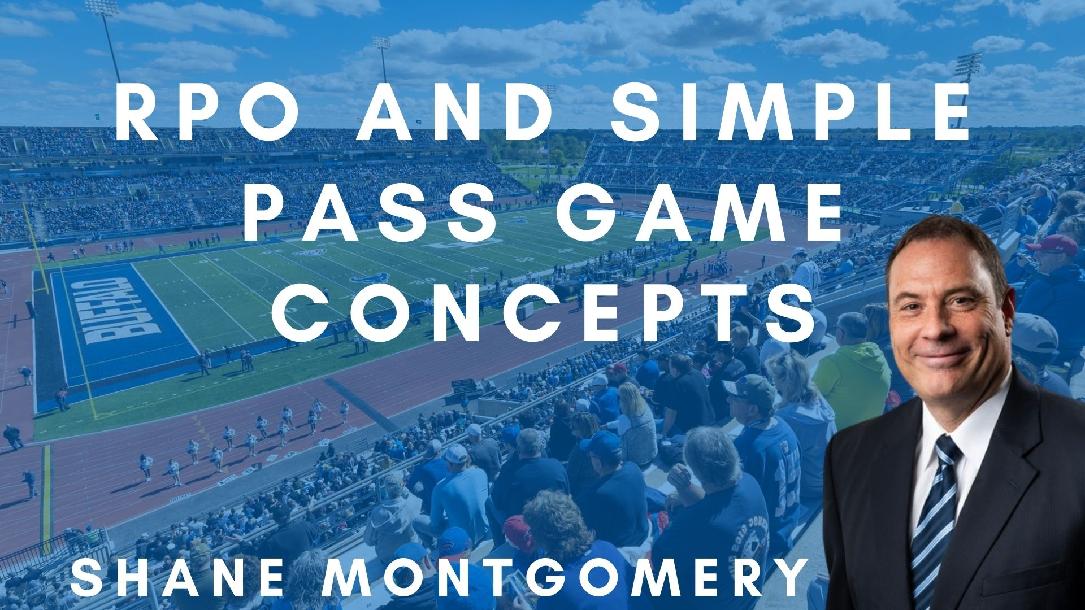 In this course, Coach Shane Montgomery talks about his use of RPO and simple pass game concepts. The coach discusses what it takes to be successful in the passing game, how to answer to pressure, and more. He breaks down various passing concepts with video examples.

Simply click the ‘Book This Course’ button at the top right of this page, place your order, and you’ll immediately be logged into the training with full access. Learn how Coach Montgomery teaches RPO and simple pass game concepts today!

No stranger to the Mid-American Conference, Montgomery brought nearly 30 years of Division I coaching experience to Buffalo, which included four years as an FBS head coach and 14 years as an offensive coordinator at both the FCS and FBS levels. Montgomery most recently spent two seasons at James Madison where he called plays for one of the FCS’ top-ranked offenses. The Dukes ranked 3rd in scoring in 2019 (40.0) and 14th in 2020-21 (33.6). JMU was 10th nationally in his first season in total offense (465.8) and 12th in the FCS in his second season (447.5)