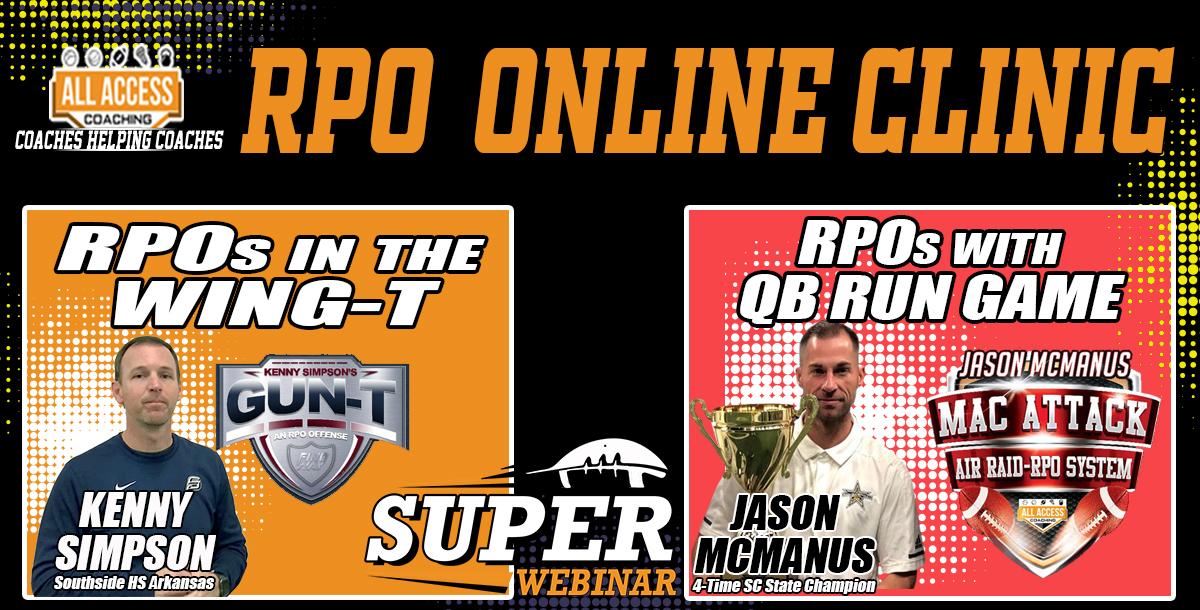 Coach Simpson walks through the RPO world that marries with his Gun T RPO system.  Each of these RPO's can be done with any run from any of his formations.  Learn how to teach your QB where his eyes need to go.  1st, 2nd and 3rd level RPO's and same side RPO game.

Coach Simpson is currently the Offensive Coordinatro at Southside High School, a 4A school in Arkansas. Taking over a program that had won eight games in five seasons and had been on a 20+ game losing streak, Simpson has led Southside to the playoffs for four-consecutive seasons and won two conference titles in the past three seasons. For his efforts, he was named 4A-2 Conference Coach of the Year (2017), named to the as a finalist for Hooten's Coach of the Year (2017) and has been the All-Star Nominee for the 4A-2 (2016 and 2019). He was also selected to coach in the inaugural FCA Texas-Arkansas All-Star Showdown (2020).

Prior to coming to Southside, Simpson took over as Head Coach at Alabama Christian Academy in Montgomery, Alabama. During his tenure there, Simpson took over a team that had been 4-18 and led them to their first home playoff game in over 20-years. For his efforts he was named Montgomery Advertiser's All-Metro Coach of the Year as well as being voted 4A Region 2 Coach of the Year (2010).