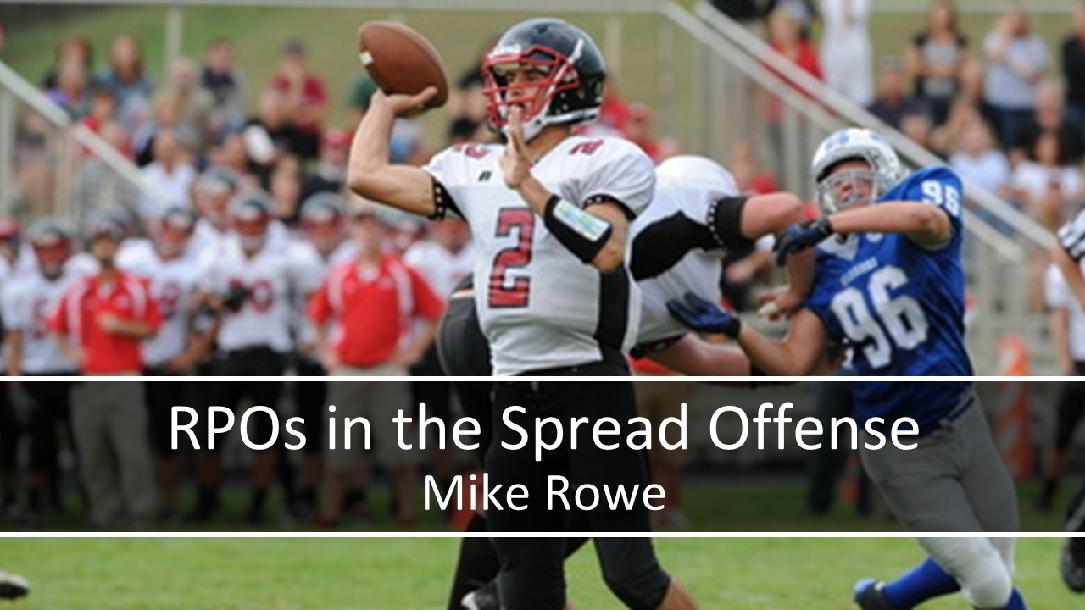 The Run Pass Option (RPO) is the biggest thing in football today. Since installing RPOs into the Spartan Spread System in 2011, Coach Mike Rowe's Rocori Spartans have averaged 400 yards and scored 28 points per game. During this time, the Spartans have made 4 state football appearances (2011, 2014, 2015, and 2016) winning it all in 2011.  In this course we will review over 50 plays that will manipulate defensive players and put them in constant conflict.

Confirmation on a few concepts I've been thinkin about. Good PRO'S! I call them SPO's (screen/pass options)

Great Job on this resource!!! I am a believer in the RPO!

Great info. Presented well. Was well worth the purchase.