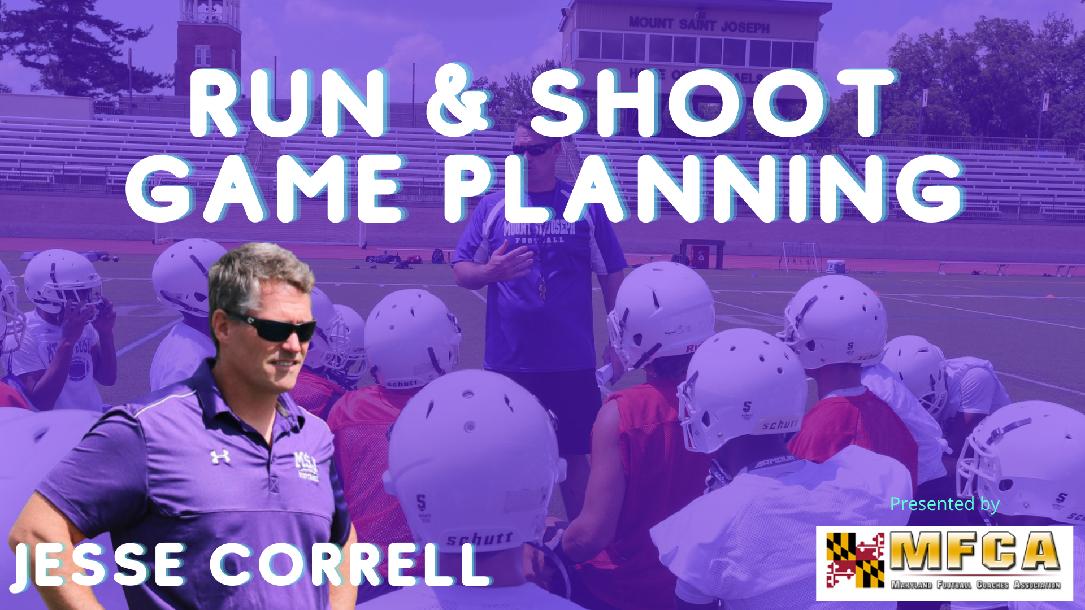 In this course, Coach Jesse Correll discusses the working of game planning for the Run & Shoot. He demonstrates the Go Concept, reads and alignments, and coaching points for each. He shows a more in-depth breakdown with an experienced tape from the game film.

Simply click the ‘Book This Course’ button at the top right of this page, place your order, and you’ll immediately be logged into the training with full access. Take a look at Coach Correll's Run & Shoot game planning today!

Rich Holzer - Northern High School has named Rich Holzer as its head football coach for the upcoming 2020 season. Holzer left his assistant position at Westlake to become head coach at Parkdale High School in Prince George’s County for three seasons, then went to Meade in Anne Arundel County for six years before venturing to Mount Saint Joseph in Baltimore for the last four seasons. Holzer, who spent the previous four seasons at Mount Saint Joseph High School in Baltimore, guided the Gaels to the Maryland Independent Athletic Association A Conference championship