Scott Brisson - Vertical Pass Game and Compliments off of it 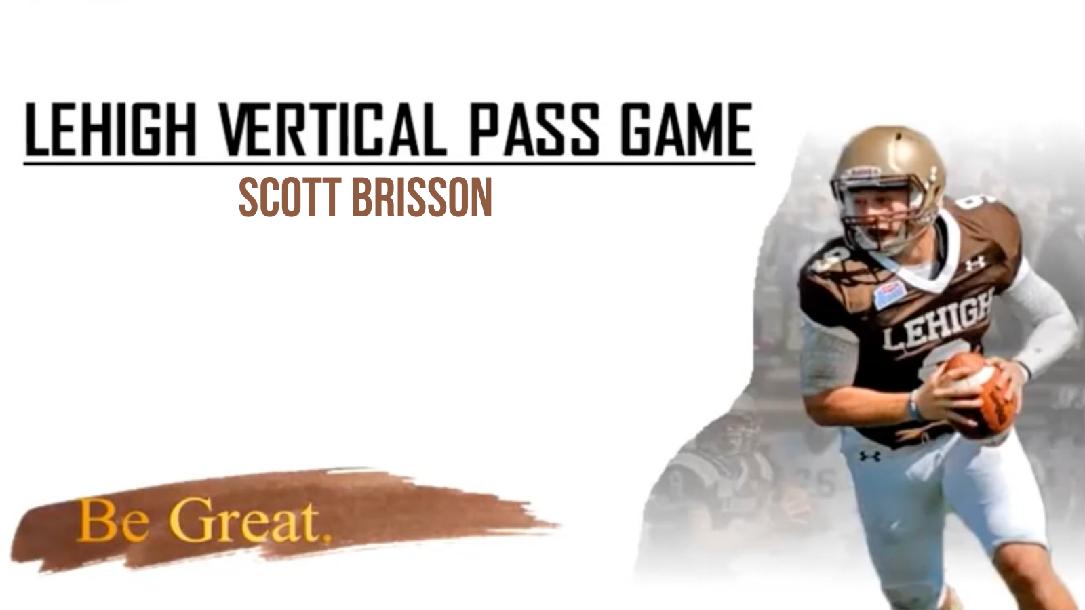 Coach Scott Brisson shows how to approach and implement the vertical pass game. Breaking down the variations, compliments and game film.

Scott Brisson enters his eighth season in his second stint on Lehigh’s coaching staff. Brisson returned to Lehigh and served as Wide Receivers Coach and recruiting coordinator for three seasons before being promoted to his current role as Offensive Coordinator/ Quarterbacks Coach. Under Brisson’s guidance, Lehigh led the Patriot League in passing in 2019 despite having injuries he used three quarterbacks throughout the season. During his first season as offensive coordinator and quarterbacks coach,

Brisson oversaw one of the top offenses in the FCS. With an All-American leading the way behind a veteran line, the Mountain Hawks ranked sixth in the FCS in total offense. Coach Brisson led players who earned first team All-Patriot League Honors who ranked in the top five among FCS quarterbacks, two finalists for the Walter Payton Award and Patriot League Offensive Player of the Year. Early in his career Brisson moved on to St.Lawrence where he served as offensive coordinator, quarterbacks coach and recruiting coordinator. He was instrumental in leading the program to its first conference championship in school history.