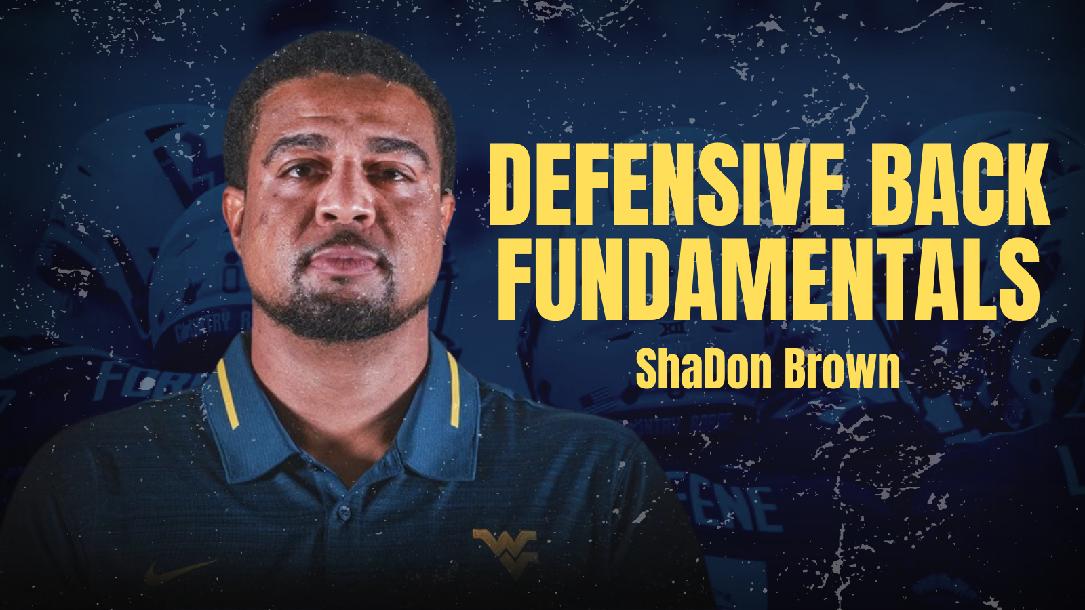 In this course, Coach ShaDon Brown of the University of Louisville, goes in depth on the drills, ball skills, and other fundamentals he uses in his practices and games.

A veteran of the coaching profession and a Kentucky native, ShaDon Brown was hired as the safeties coach at the University of Louisville on Dec. 12, 2018.

In 2019, Brown guided a safety group, which was led by Khane Pass, who posted a career high 81 tackles, and made the key defensive play in the Music City Bowl win by returning a fumble for a key touchdown late in the game.

Brown spent the 2017-18 seasons as part of Mike MacIntyre’s staff at Colorado as the secondary coach, and was promoted to defensive passing game coordinator for the 2018 season.