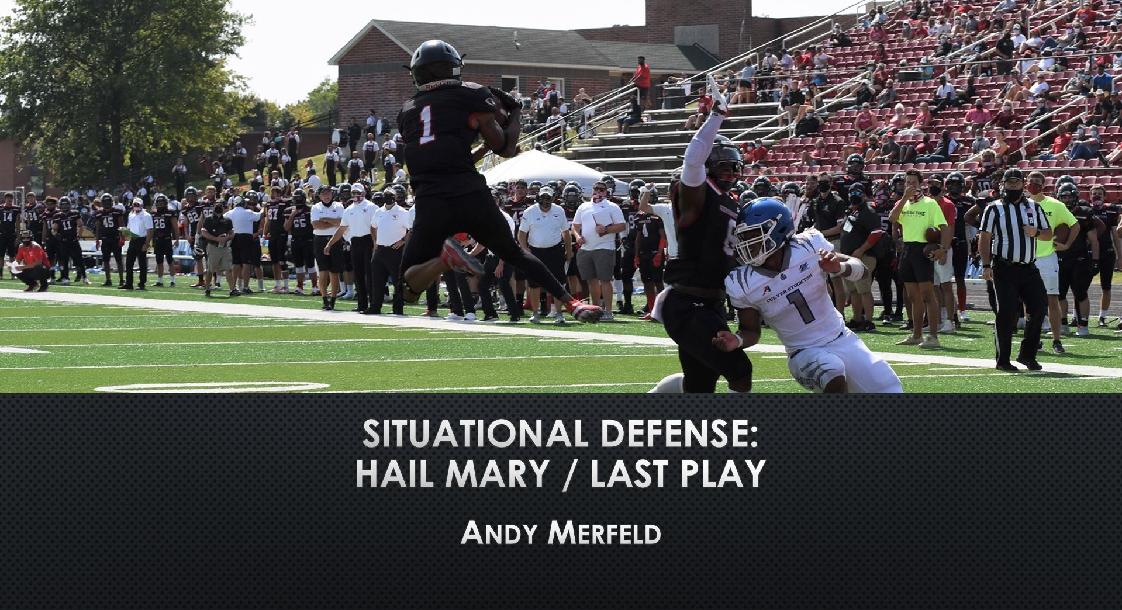 Practicing Hail Mary defense is a lot like a fire drill: it may seem like a poor use of time when you're practicing it, but when the real situation arises, you REALLY want to have prepared for it.

In this mini-course, Coach Merfeld covers strategies and coaching points (developed through trial and one big error) for different Hail Mary situations. It is important to realize that the defense needs to develop different strategies depending on field position. Using game film and diagrams, Coach Merfeld discusses how to give your athletes the best chance to be successful in Hail Mary situations.

Andy Merfeld has experience coaching at the small-college and high school levels and specializes in coverages, defensive back play, situational defense, and the punt block-return unit. His CoachTube courses are designed to focus narrowly on very specific topics. This narrow focus allows coaches to effectively implement the strategies and processes Coach Merfeld discusses.

·         Benedictine College (CBs). In 2019 the Ravens led all NAIA and NCAA schools with ten blocked punts, and also led the NAIA in punt return yards at the end of the regular season.

·         Upper Iowa (DBs). In 2017 the Peacocks finished second nationally in punt return touchdowns and fifth in punt blocks. They also finished 10th in the country in pass defense.

·         Edgewood High School (DC, strength and conditioning). In 2011 the Crusaders set the school record for wins and advanced to the WIAA state semifinals for the first time.