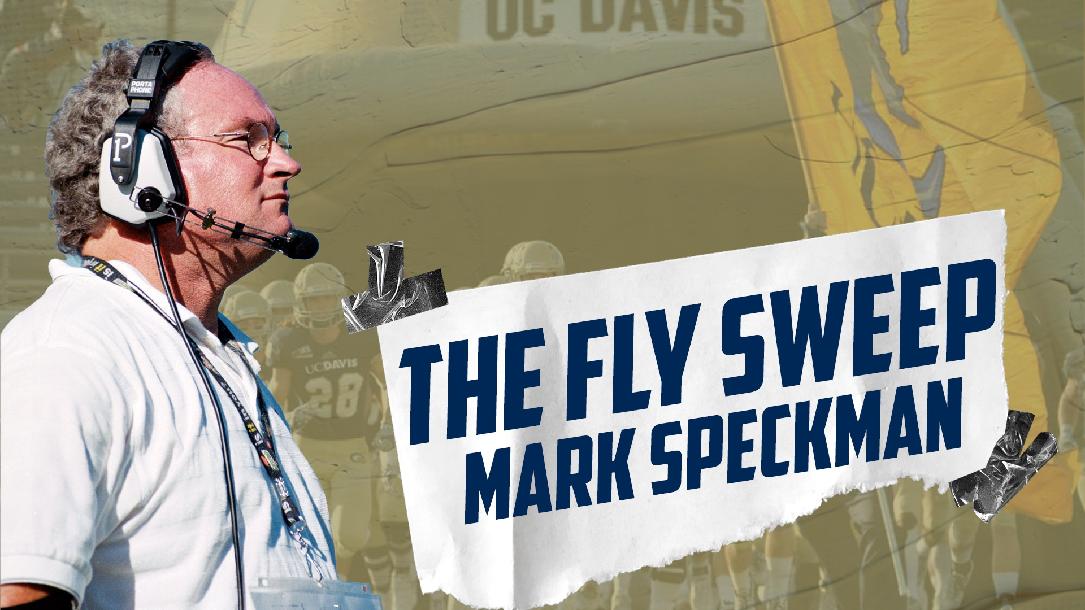 1. The Background of the Fly Sweep

2. The art of setting up blocks

3. Drils for practicing the mesh point

4. Film study of how to orchestrate fly sweep out of shotgun

Coach Mark Speckman currently works with the UC Davis Aggies as the assistant head coach and running backs coach. With clsoe to 40 years of coaching experience with veteran of prep, college and Canadian football, Coach Speckman has become great inspiration in the coaching landscape. His "Fly Sweep" offense has made its way all the up to the NFL and has helped create explosive plays for a multitude of teams.

Coach Speckman has worked on the Montreal Alouettes staff as the running backs and tight ends coach, and as the offensive coordinator at Division III Lawrence University.

Speckman began his coaching career with brief but successful stints at Livingston High School and Gilroy High School. It was during those early years that he introduced the "Fly offense."