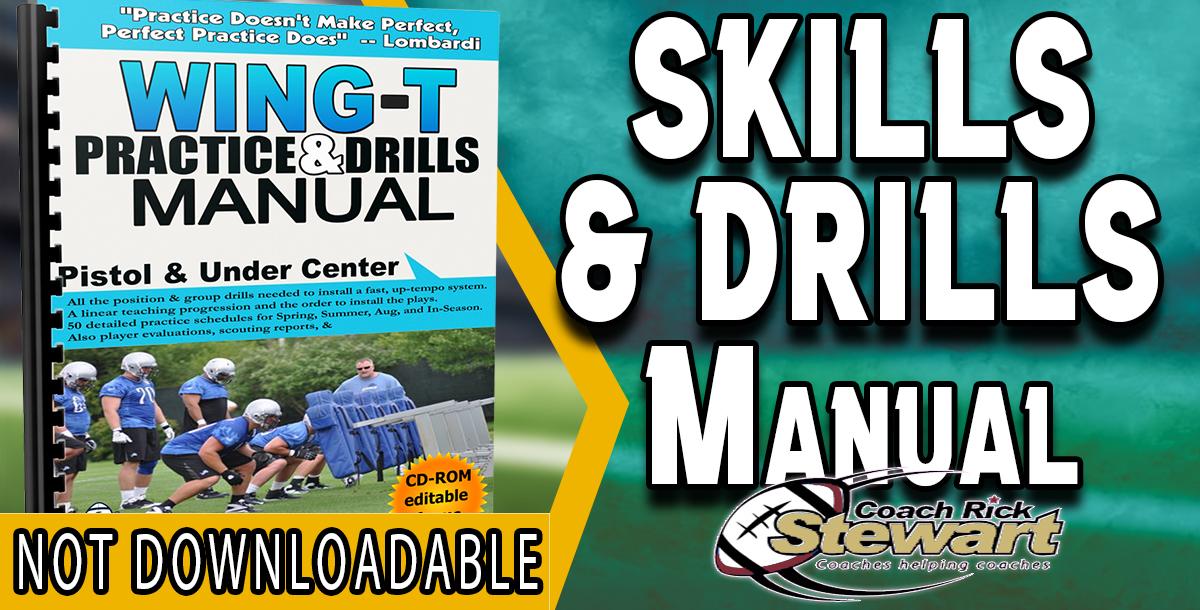 DISCLAIMER:  This is NOT a downloadable product.  I used to offer that and the book showed up as a Facebook download and on Scribd.  It took me over 300 hours to write this book and 8 years running the offense so I do not want this to be a free download on the internet.  You will get a dropbox link with tons of drawings & powerpoints when you purchase.  If you are an old-fart like me and want the hard copy to put sticky notes in then order from www.allaccesscoaching.com

This Drills Manual will help any offense, not just Wing T.

Love the buzz words. Every drill & every technique comes with buzz words to make practice go faster. Not sure why Stewart called this a WingT book...the drills would apply to any offense. But WingT coaches will love the backfield footwork drawings for every play under center & in Pistol

I wish I would have read this book before I became a head coach. Practice organization and coaching philosophy are very well written.

The drawings of the backfield footwork for both under center and in pistol were amazing. And the chapters for each position has drills that can be used in any offense, at any level.

So many drills. Every youth coach in American should have this book. And the first couple of chapters on how to coach, motivate, and run a practice were worth the price of the book

The drawings of all the backfield footwork was so detailed. This really helped us clean up our backfield. And we can't wait to get our practices moving alot faster the way he describes in the book

The Skills and Drills book works great with the Playbook!

No matter what offense you run this is a great resource!

Why Pistol instead of Shotgun or Under Center by Rick Stewart
Views: 1776
$12.99