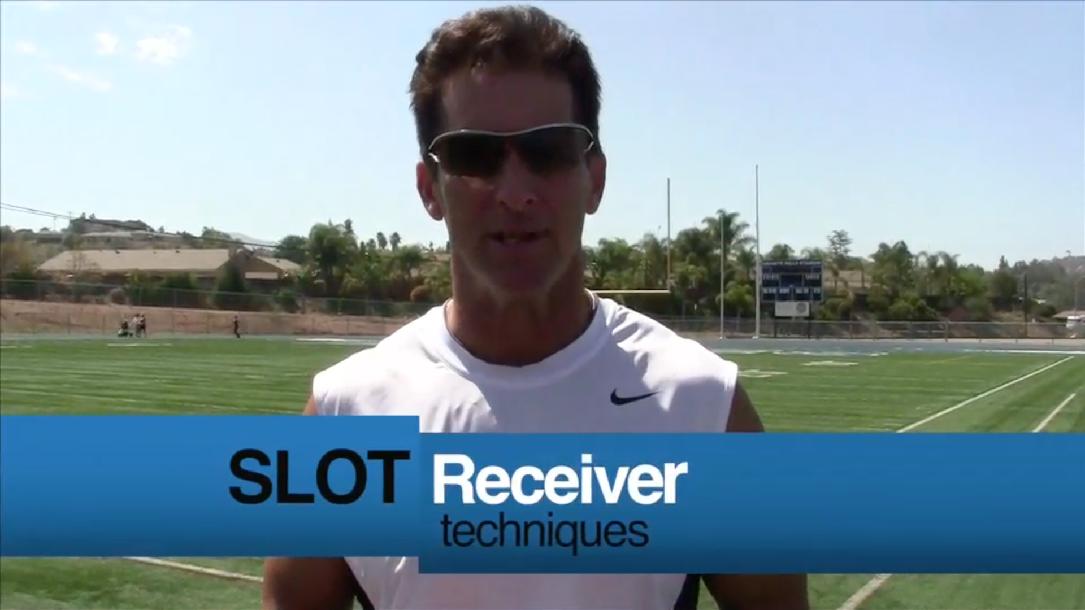 This unique training video gives you professional coaching tips as you watch High School athletes perform various receiver drills like stemming, route running, and catching. We learn best by watching others, and this video is loaded with examples of both mistakes and great technique.  You’ll learn to recognize the difference between a poor route and a great one, how to perform a double move, jab and rip, double hand slap, attack the football, high point the catch, abandon the route and make a play, fool the defender, catch low behind passes with a natural spin move, and tons more.