Sonny Dykes, SMU: How to Put Together An Offense 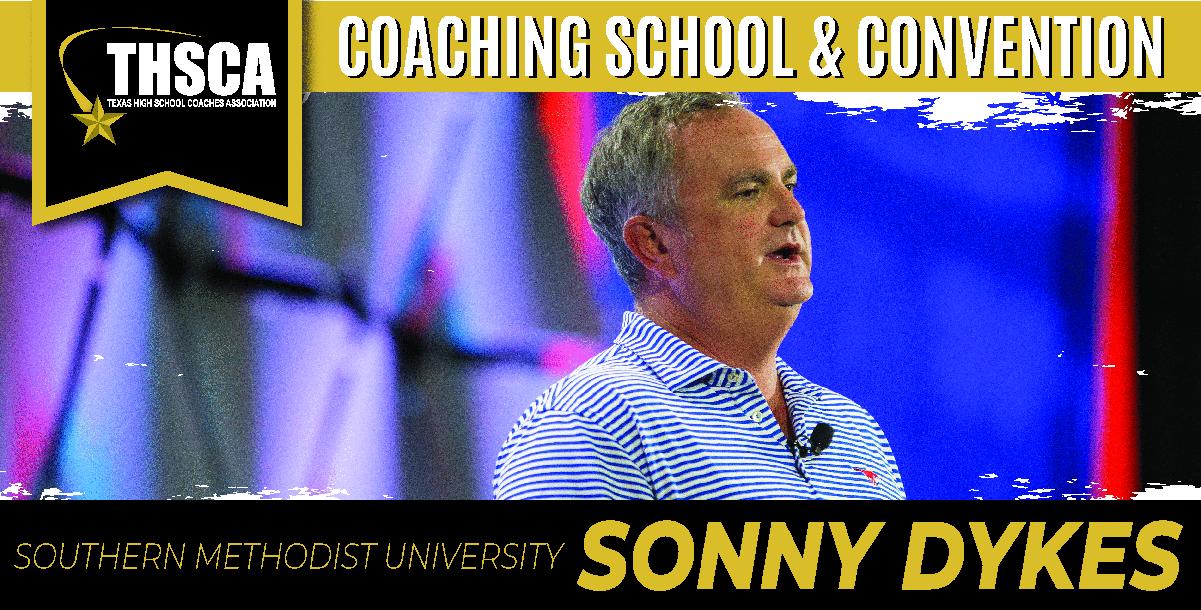 Sonny Dykes shares his insight on how to put together and offense.

Coach Sunny Dykes is a record-setting football coach. Sonny Dykes is the current Head Coach at TCU. In just three seasons on the Hilltop, Sonny Dykes has transformed SMU Football into a conference championship contender and launched the Mustangs into the Top 25. Dykes arrived on the Hilltop in December 2017 after head coaching stints at Louisiana Tech and Cal. At La. Tech, Dykes led the Bulldogs to a Western Athletic Conference title – the school’s first league championship in a decade – and a berth in the Poinsettia Bowl. For his work, Dykes was named the WAC Coach of the Year. At Cal, Dykes returned the school’s football program to national prominence and a post-season bowl game. Dykes has been a finalist for the Eddie Robinson Coach of the Year Award the Paul “Bear” Bryant Award. Dykes, the son of former longtime Texas Tech coach Spike Dykes, boasts a resume that also includes stops in the Big 12 and SEC. Dykes spent time in the Texas high school football ranks as well, serving as football assistant at Richardson’s J.J. Pearce High School in 1995. Born in Big Spring, Texas, Dykes received his bachelor’s degree in history from Texas Tech in 1993 and was a member of the Red Raider baseball team for two seasons.

You just booked "Sonny Dykes, SMU: How to Put Together An Offense"