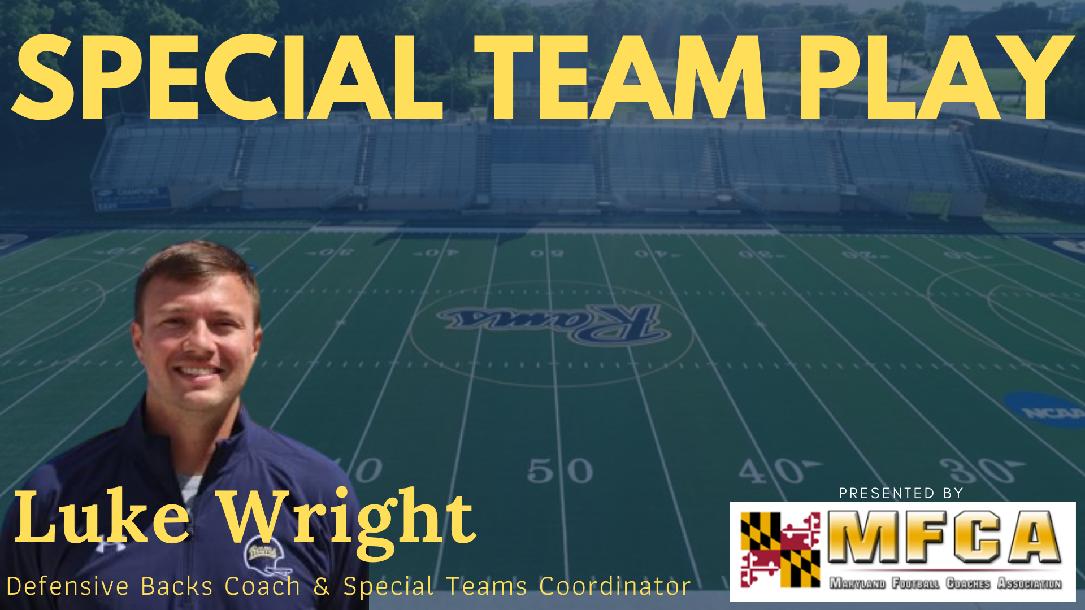 In this course, Coach Luke Wright discusses his special team philosophy. He demonstrates the drill work, coverages, and techniques used in practice to help develop the special teams unit. Coach Luke talks about the KOC install, focusing on the framework, alignments, assignments, phases, and much more!

Simply click the ‘Book This Course’ button at the top right of this page, place your order, and you’ll immediately be logged into the training with full access. Take a look at Coach Luke Wright's Special Team Play!

In 2019, Wright helped the Falcons rank 13th in the country in total offense, 18th in scoring offense, and the Fairmont State passing attack was the 36th-best in the country at 251.8 yards per game. In his second season with the Falcons in 2019, Wright was instrumental in the development of two receivers that racked up over 750 receiving yards and eight TD receptions, including first-team All-MEC selection Javon Hayes.

On special teams, the Falcons' kickoff return unit ranked 24th in NCAA Division II at 23.2 yards per return during the 2019 season.

In 2018, his first season with the Falcons, Wright helped the team to a 9-2 overall record and helped develop a pair of Fairmont State receivers that earned All-MEC honors following the regular season. Shawn Harris earned second-team All-MEC honors, while Javon Hayes received MEC's honorable mention. The Fairmont State passing offense ranked fourth in the league at 224.1 yards per game.

NEW!
Brian Mason - Ideas for All Phases of Special Teams to Help any Program by Indiana Football Coaches Association
Views: 1646
(1) $19.99