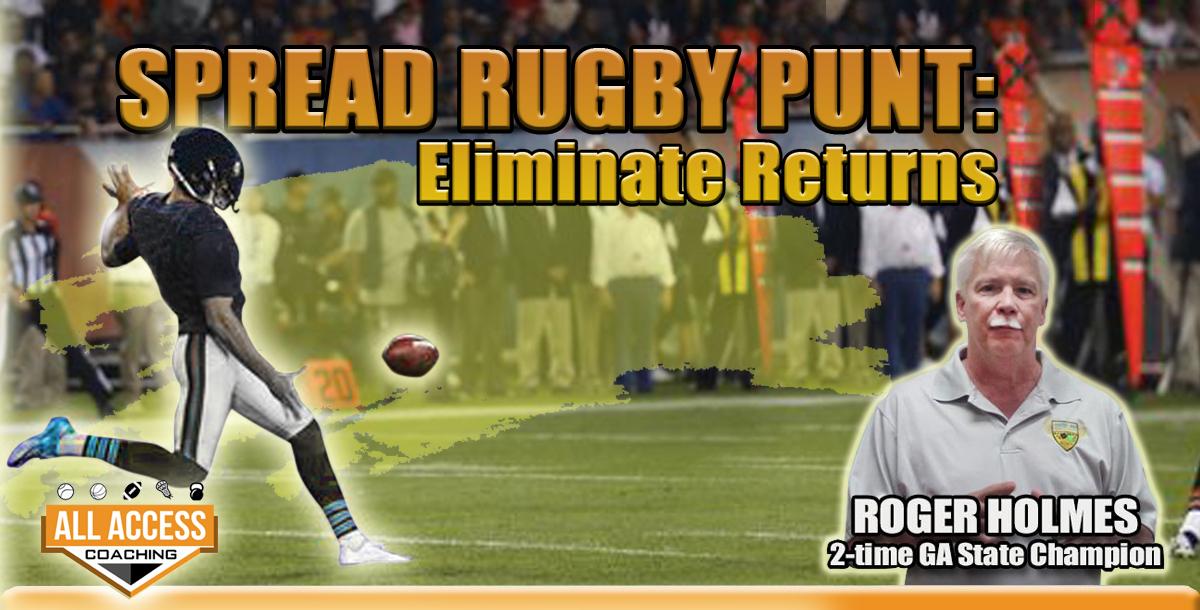 Coach Holme's Rugby Punt gives a detailed explanation of the advantages of the rugby punt. It covers the techniques used by the punter as well as all aspects of coverage and protection. If you are using or considering the rugby punt it is definitely worth your time." - Willie Fritz, Tulane University Head Coach

Coach Holmes begins by explaining why you should use the rugby punt. The rugby punt allows the punting team to always have the threat of a fake . Additionally, employing rugby-style punting typically sees fewer punts returned and much better coverage. You'll get details about the basic responsibilities and alignment rules for each player. Blocking rules and techniques are covered and shown on game film by

Coach Holmes does an excellent job giving a detailed explanation on the rugby punt. The rugby punt has made a dramatic impact on both the college and high school game, and with the help of this video, your team will greatly improve its punting efficiency!

An excellent teaching on Rugby Punt. Coach Holmes gives you a step by step detailed teaching on not only the scheme but also how to train a rugby punter. A very strong selling point for me as a new Punt team coach is that every claim he made was backed up with game footage to cement the point.. Very happy with the product!!!

I liked how thorough it was in describing options from this punt style.

Excellent information on installing the rugby punt from an innovative offensive set. Well presented and comprehensive. Easy to follow.