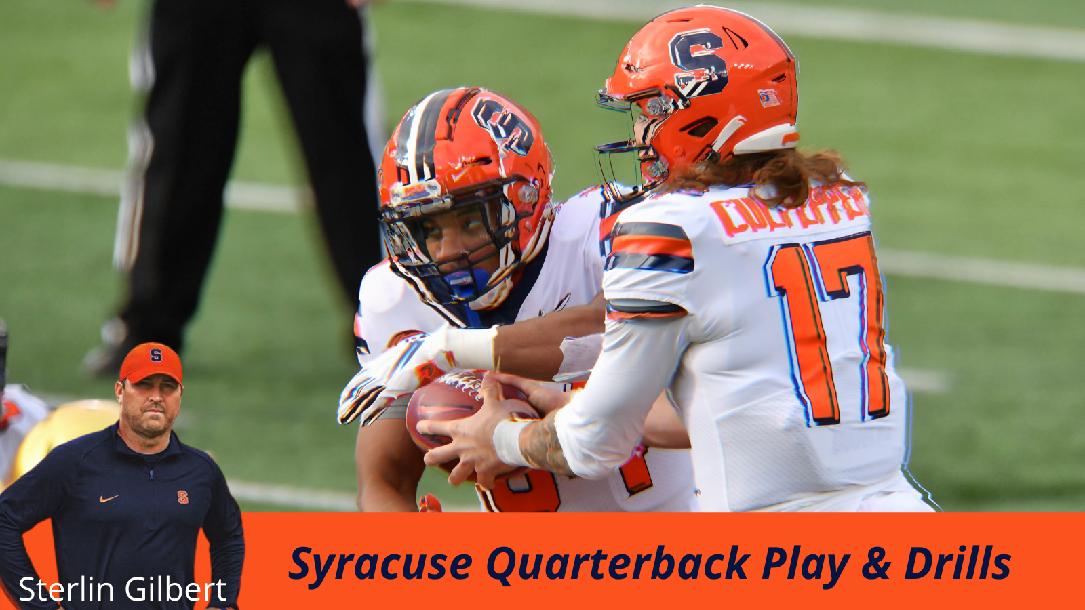 Syracuse Offensive Coordinator and Quarterbacks Coach, Sterlin Gilbert, breaks down the Quaterbacks position with great detail. He shares the qualities to look for in a Quaterback, Attributes, and drills for training.

Sterlin Gilbert is in his first season as Syracuse’s offensive coordinator and quarterbacks coach. A Texas native well versed in the veer and shoot, Gilbert has run offenses and coached quarterbacks at the FBS, FCS and high school levels. He was most recently the head coach at McNeese State prior to joining the Orange. Gilbert previously worked with Syracuse head coach Dino Babers for three seasons. They first joined forces at Eastern Illinois in 2012 and the pair transformed the Panthers into a fast-paced juggernaut behind the play of standout quarterback Jimmy Garoppolo. In 2014, Gilbert accompanied Babers to Bowling Green. Gilbert served as co-offensive coordinator and quarterbacks coach for a unit that gained 432.9 total yards per game. Over the next four seasons, Gilbert coached at Tulsa (2015), Texas (2016) and South Florida (2017-18). Gilbert’s track record as a coordinator earned him the head coaching job at McNeese State in 2019. A former standout quarterback himself, Gilbert enjoyed a successful career as a Texas high school coach. Gilbert began his career as an assistant coach at Springtown High School from 2003-04 before moving for one season to serve as a graduate assistant at the University of Houston.