Steve Sarkisian - All Gas No Brakes 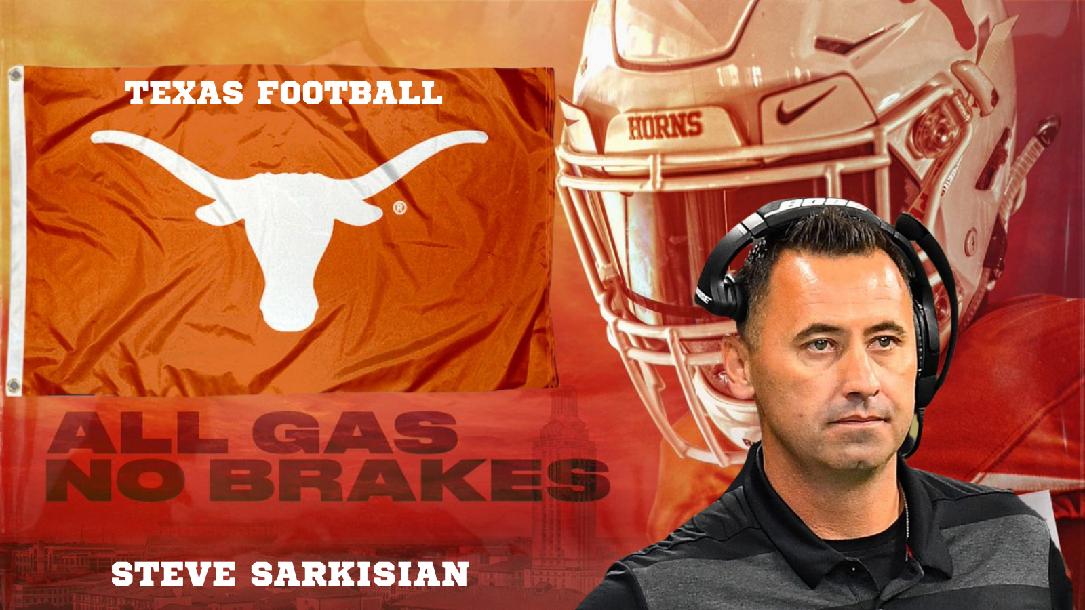 Have you ever wondered how to build up your football program? Then you've come to the right plays! In this course, Coach Steve Sarkisian shows off how UT keeps their program strong and can teach you how to do it too. He delivers an all-gas no brakes mentality to his team and even shows off his 4 pillars of the program. This is a course you definitely do not want to miss!

Steve Sarkisian was hired as the Head Coach for the University of Texas Longhorns in 2021. He was previously the offensive coordinator at Alabama.

Sarkisian has a strong track record as both an offensive coordinator and head coach in both Division I college football and the NFL. He also brings to the Longhorn football program extensive experience coaching in conference and national championship games and developing top talent, including three Heisman Trophy finalists.

You just booked "Steve Sarkisian - All Gas No Brakes"