Stopping the Pass in the 4-3 Defense 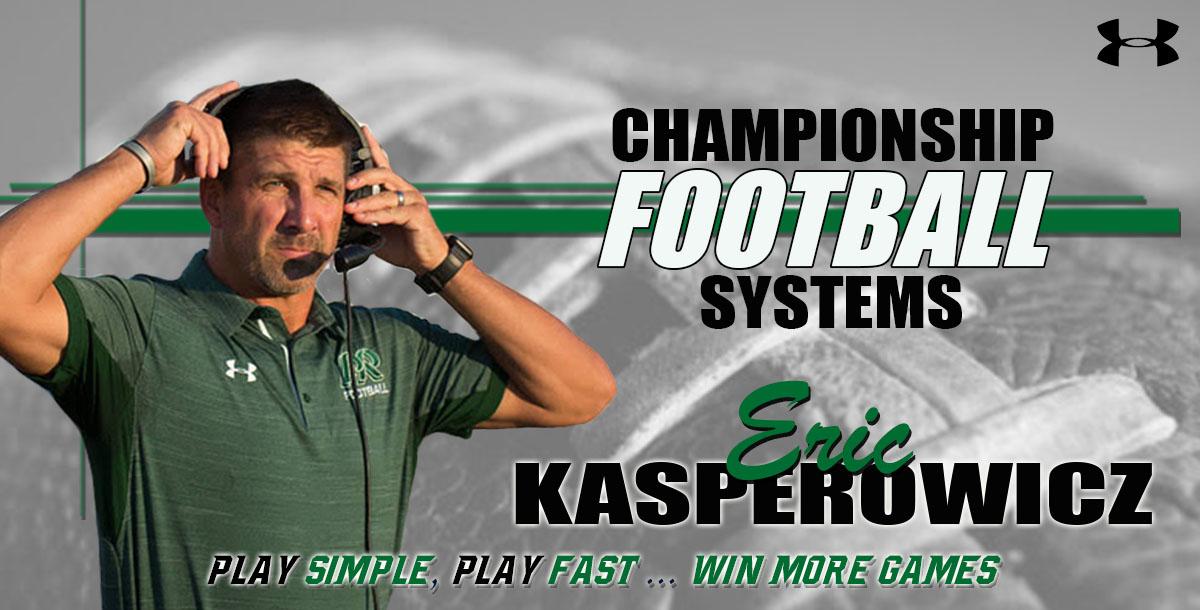 Utilize press quarters coverage in the 4-3 defense to defend against the pass!

Learn the benefits of the press quarters system and how it can prevent your team from getting beat through the air
Get a detailed look at how to coach the stance, alignment, technique, and reads of your players in the secondary
Adjust your coverage to 3x1 formations for when the offense tries to take advantage of favorable match-ups

Do you have a plan to adjust your 4-3 defense to a team that likes to pass the ball? In this video, Pine-Richland High School head coach Eric Kasperowicz shows how he utilizes press quarters coverage in his 4-3 system to ensure his defense doesn't get picked apart through the air.

Kasperowicz begins with an overview of press quarters coverage, including his belief of why it is effective against the pass. He also goes in-depth about which type of player he looks for at each position. As an added bonus, you'll get a detailed presentation on the technique of the press corner and what routes they should expect based on the split and type of release the receiver takes.

Coach Kasperowicz diagrams the alignment and pass responsibilities of each player that is involved in pass defense. Additionally, he describes how the linebackers and safeties match up against inside receivers, and how the corners match the outside receivers. You'll get examples of the responsibilities of each player using game footage. Kasperowicz shows:

The basic alignment and responsibilities for each defender that involved in pass coverage.
How to run cover 1 from the same look in order to confuse opponents.
Game footage examples of each position executing pattern reads and coverage responsibilities against a variety of offensive looks.
Scheme Adjustments

The presentation concludes with Kasperowicz diagramming how coverage can be adjusted to defend 3x1 formations. He also shows several ways to double cover a receiver, as well as how to add a player into a run fit with common adjustments. You'll learn:

You just booked "Stopping the Pass in the 4-3 Defense"