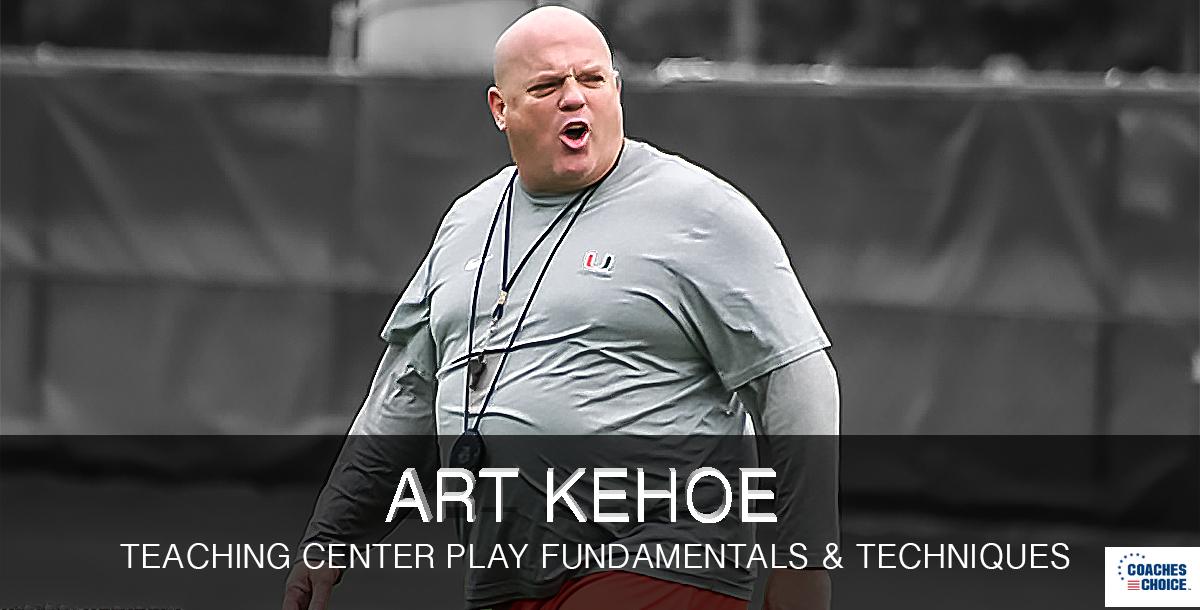 Learn firsthand how to effectively coach your center by applying game-tested techniques from one of the best offensive line coaches in college ball.

Teaching Center Play Fundamentals and Techniques presents a comprehensive overview of the key aspects involved in sound center play. Art Kehoe reviews and demonstrates how to teach the basic fundamentals and techniques that provide the skill foundation that centers must have to play their position well in a manner that is easy to understand and incorporate into your own coaching.


Among the topics covered:

Art Kehoe is the assistant head coach and offensive line coach at the University of Mississippi, a position he assumed in 2006. Prior to joining the Rebels’ staff, he coached at the University of Miami for 25 years. A 1982 graduate of the University of Miami, where he was a two-year letter winner as an offensive guard and served as the Canes’ offensive captain in his senior season, he began his coaching career at his alma mater in 1981 as a student assistant. During his tenure working with the offensive line at UM, Kehoe produced six players who received first team All-American honors, plus 18 more who went on to play professionally, 14 All-Big East honorees, one Outland Trophy winner, and the 2002 Rimington Award winner. Kehoe served on the staff of all five UM football national championship teams. Two Heisman Trophy winners and six of the eight 1,000-yard rushers in the history of Miami football passed or rushed behind the blocking of Kehoe’s offensive linemen. Kehoe is widely respected as one of the top assistant coaches in the game.