Tempo Plays and One Word Calls In Your Offense 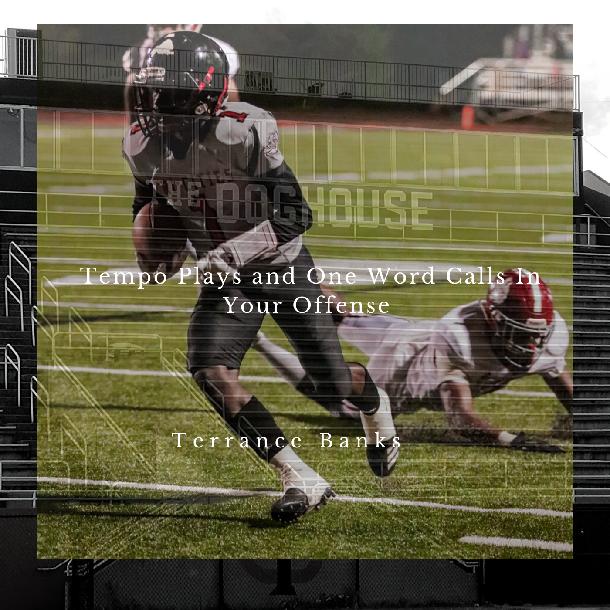 Get the ball to your best player

Give the Quaterback the keys to the offense and FEEL ok with it.

This is the course for you, learn how to use tempo to control defenses. All plays look good on paper, learn plays that have worked and been used effectively in games!

Terrance Banks has been a Head Coach for the past 7 years. His team record is 38-27 record over the last seven years. The have won a region championship for the 1st time in 25 years and they won the school's first ever state playoff game in his tenure. They have produced a all-state QB twice in these five years as well as averaged 32 points a game. They currently have 31 players playing college football at the next level.

Tempo No Huddle Spread Offense is a LIFESTYLE by Bobby Acosta
Views: 3479
(2) FREE

Spread and Shred: Philosophy and Overview by Jeff Steinberg
Views: 908
$19.99