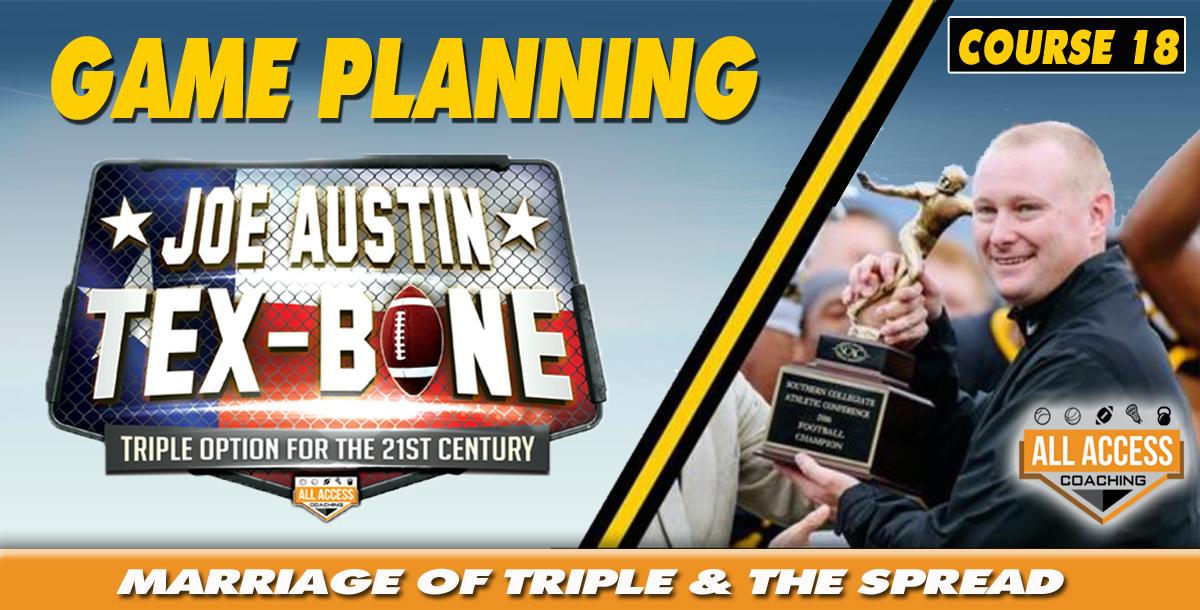 Ever wanted to know what duties college coaches have on game day or during a typical week of practice?

Coach Austin discusses what roles coaches on his staff have, each coach has their own responsibilities.

When you game plan each week there are a few things to consider when you run the Tex-Bone. Every play is unpredictable to defend, every play could be spread or option-based. “Stop the option defense” leads to big plays in play action. This is two offenses, with one set of players. There are multitude of ways to organize a play call menu, in this course we will discuss what we feel works best for us and how it can help you with your game plan for next season.

Head Coach Joe Austin rebuildt the football program at Hanover College before re-starting the program at Southwestern University (TX) that was the dormant for 62 years. In 2016 Austin guided the Pirates to an undefeated 6-0 record in the Southern Collegiate Athletic Conference (SCAC). The championship marked the team's first football championship since 1941 and the team's 7-3 overall record was the best in more thean 70 years, earning Austin the conference's Coach of the Year award.

Even though he is a college coach, his method of game planning can definitely be used at high school level

I am going to implement many of these ideas with my JV staff.

This is not a "call this play vs this defense". Coach Austin goes thru all the assistant coaches roles and how they build the gameplan. Excellent course

Excellent course. Great explanations. Really made me re-evaluate how I handle my coaching staff

Loved this course. Very detailed and organized. Hits all of the main points with great detail.