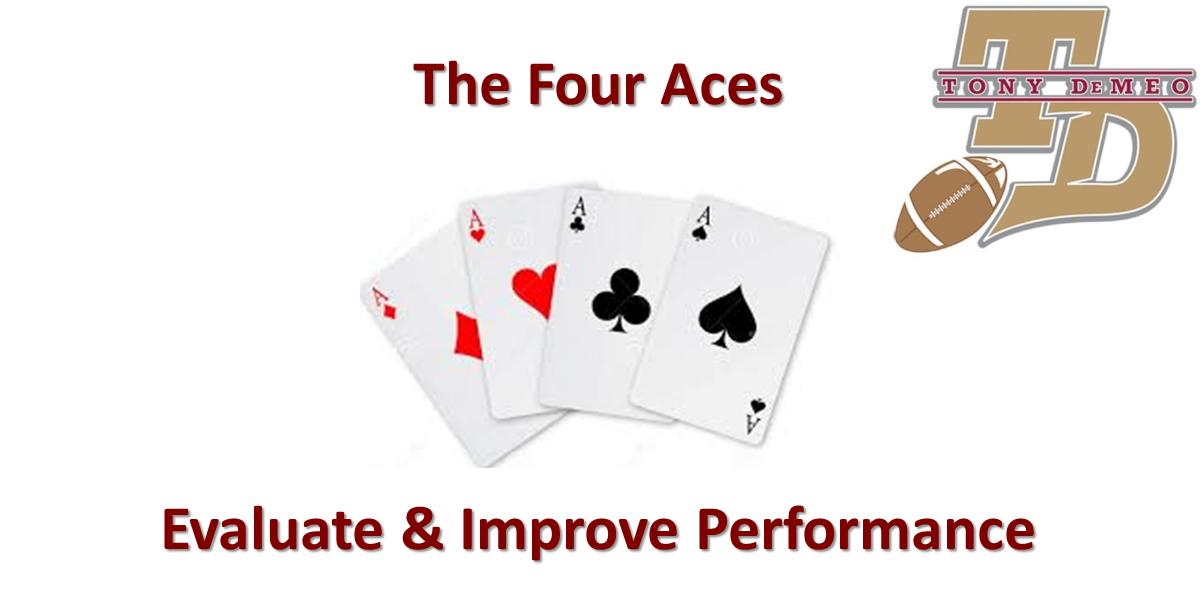 There are four areas that your players completely control. These are the areas we focus on, measure and demand improvement. They are: Awareness, Concentration, Effort and Synergy. These are the same areas whether in sports, business, or just about any endeavor.

When you evaluate performance you grade based on these four areas. This system shows you exactly how to improve each player’s performance and will help maximize the performance of everyone in an organization.

Coach Demeo’s 4 ACES is a great course and will absolutely help a Coach or Leader identify critical areas that they can focus on to improve their program. I love this course for its ability to help a Coach or leader identify what they can control and how they can lead their team to focus and improve on these areas. For me the focus on EFFORT, how to define it, how to grade it, and how to increase it is priceless. Coach DeMeo also does a great job of showing Coaches how to grade their players using the 4 ACES system to reinforce the behavior the Coach is looking for.

Coach DeMeo gives the viewer an opportunity for quantifying a team's and each individual's performance in the pursuit of excellence. But even beyond that he gives the essence of what it takes for one to not only improve performance but to improve the PERSON as an individual in his or her life beyond the sidelines to maximize their life's ambitions. A "must read" for coaches/leaders who want to improve not just the team but the individual to be the best in their life's calling. Thanks Coach!

You just booked "The 4 Aces"